In addition to the already confirmed participation of Elton John, Ringo Starr could also be one of the many guests featured in the new, upcoming, solo album by Eddie Vedder. 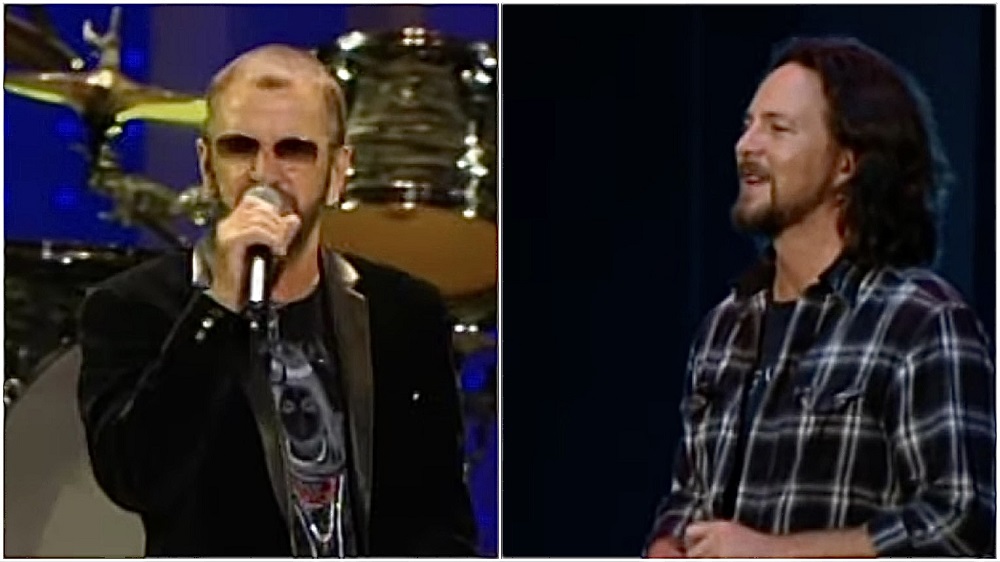 The first single, Long Way, from Eddie Vedder’s new album, features Josh Klinghoffer, Andrew Watt, Chad Smith and Benmont Tench. It is also official that another song that will appear on Earthling, the singer’s new album that will be released sometimes soon (the official date is not known yet), was written and recorded by Eddie and Elton John. Eddie also appears in E-Ticket, a song from Elton John’s new album The Lockdowns Sessions, out October 22nd.

What is still only a rumor, not yet confirmed, is the presence of Ringo Starr, the former Beatles drummer, who may have composed and recorded a new song with Eddie for the his new solo album. Keep on following us so you won’t miss any updates on the long-awaited Earthling, Eddie Vedder’s third album, which will arrive ten years after Ukuele Songs and fourteen years after Into The Wild.