Everything you need to know about Flag Day soundtrack with some unreleased songs by Eddie Vedder, Glen Hansard, Cat Power and with Olivia Vedder’s debut on the record. 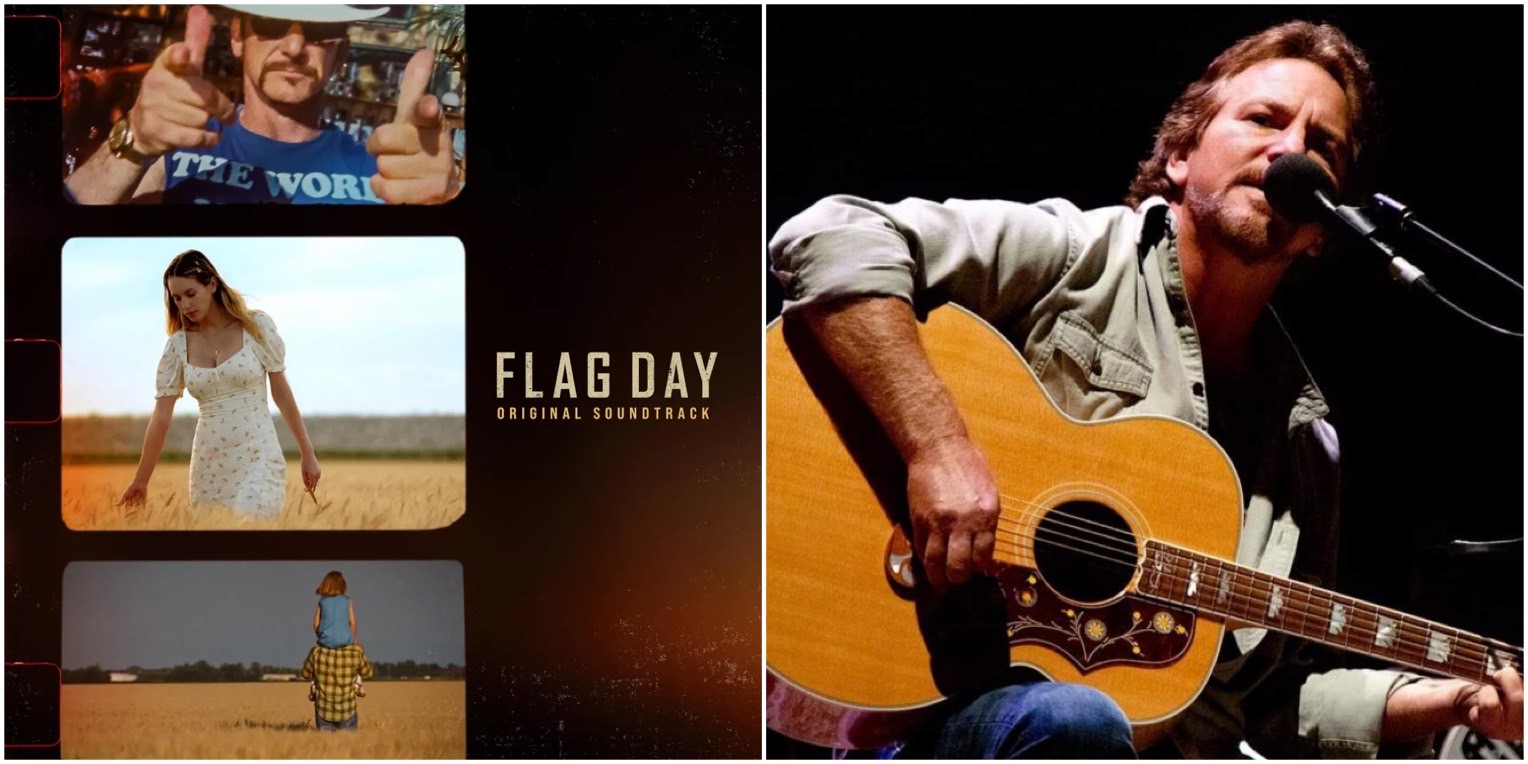 As already reported in recent weeks, the digital version of Flag Day soundtrack – from Sean Penn’s new movie – will be released Friday, August 20. Among the thirteen songs, there are five unreleased ones written and performed by Eddie Vedder with Glen Hansard: Flag Day, Tender Mercies, Rather Be Home, Wave and I’ll Be Waiting already played by them in a benefit of 2019.

Flag Day sountrack also includes My Father’s Daughter, written by Vedder and Hansard and performed by Olivia Vedder (Pearl Jam singer’s daughter, at her own debut on the record), There’s A Girl with a duet between Eddie and his daughter, and a R.E.M cover, Drive, recorded by Pearl Jam singer.

In the soundtrack – available in the coming months on vinyl and CD (the release day has not been communicated yet) – there are some Cat Power’s new songs (I Am A Map, Dream, I Will Follow and Kristján Kristjánsson cover I Think of Angels) and also a new song by Glen Hansard called As You Did Before.

In a statement, Sean Penn said, “After this flood of gorgeous songs from Cat Power, Glen Hansard, and Eddie Vedder, we were just about to do a final mix on the film when Ed sent me Olivia singing My Father’s Daughter. It became just the perfect cherry on top of the sundae.”

The official soundtrack is available for vinyl & CD preorder at pearljam.com.

The first recordings took place on october 2019 in Los Angeles, with Glen Hansard. After few months, Pearl Jam singer spent two weeks in studio, where he was joined by Cat Power. The recordings were completed in latest months of  ’20 during the lockdown in Ed Vedder’s studio in Seattle.

Last but not least, watch che full video of My Father’s Daughter, sung by Olivia Vedder and written by Glen Hansard and Eddie Vedder.