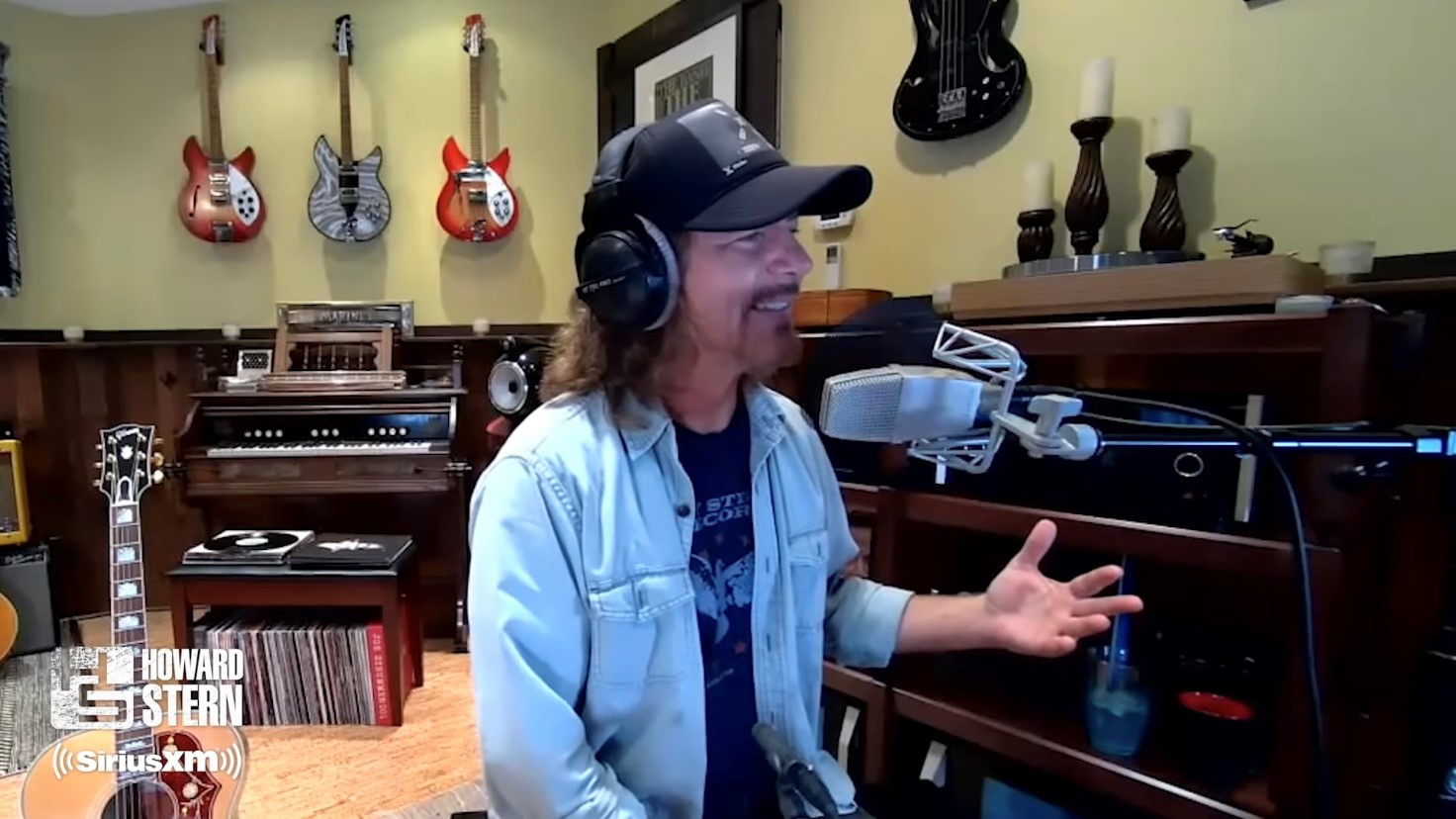 Eddie Vedder was set to be interviewed by Howard Stern back in March for the first time ever, but the interview had to be pushed back, as it was meant to coincide with Pearl Jam’s Apollo Theater show in New York, postponed due to COVID-19.

During the interview – lasted nearly FOUR hours! – the two talked about their musical tastes (“Love, Reign o’er Me is my favorite The Who’s song” Howard told Eddie), about Into The Wild and songwriting. Stern asked Vedder if he had ever known Scott Weiland (“No, never” Eddie replied), while the Pearl Jam singer talked about the difficulties of living with success (“I wish I would’ve handled a few things differently. I wish I would’ve known back then that it’s going to be ok & enjoy the ride it’s going to be a rollercoaster“).

Eddie then talked about Chris Cornell and the fact that he has not yet processed his death. He also confessed that he has only seen it four or five times over the past decade. Vedder admitted feeling angry that Cornell took his own life. “I loved the guy. I would allow him to make those choices, you know? But I think suicide is a violent act that hurts so many people. That feels unfair. And when you have kids, I think you kind of don’t have that option anymore.” Then he spoke about his brother, Chris, who passed away in 2016, and how much his death made him suffer.

Speaking of his early years in music, Eddie recalled his early days with Pearl Jam (“All I wanted to do was write, put words to music”) and the moments he did stage diving (“We were 24 or 25 yrs old & the music was powerful“). Reflecting on the group’s growth, Eddie said that “The last few years we are getting older & the shows are getting longer” and spoke of Neil Young‘s importance in their growth (“Neil Young took Pearl Jam under his wing right around our second record..he really kind of tapped into the energy of our group”).

When Howard asked if he was the type of artist who dabbled with drugs to get his creative juices flowing, Eddie revealed he’s actually given them up since becoming a dad. “I had my time with that stuff. I still imbibe a cocktail, but I think after having kids I haven’t done any psychedelics since then. I feel like you never know if you’ll need to be called to duty, but as soon as they’re out of the house …,” he added with a laugh.

On hiw own childhood, Vedder revealed: “When my mom told me that this guy wasn’t my father and was somebody else. You know, it was a shock, but I was so grateful in a way. I was like, ‘Oh, fuck. Thank god”.

About Kurt Cobain and Nirvana: “We had a good scene here and it changed a little bit,” Eddie said. “Some of my crowd back in the day, they kind of held our band in great disdain. Some people in the world liked you and some they either resented you or hated your music or whatever. And I agreed with them at all points,” Vedder said with a laugh.

Vedder revealed David Letterman invited Pearl Jam to play on The Late Show after the release of Ten, but the band was still reluctant to go on his show at first, and recently just counted as one of a select few guests at Sean Penn’s Zoom wedding.

Other highlights from the interview (thanks to Variety):

“We need to come together,” Eddie said, adding, “I think that all Americans really, really want the same thing. To be able to raise kids, to have job, have a family, listen to music, to eat and fuck and all these things that we all have in common. You know, the simple pleasures.”

During the interview, the longest ever given by Vedder, the Pearl Jam singer played some guitar snippets of Warren Zevon‘s Keep Me In Your Heart, Small Town and Sometimes.

Howard Stern is an American radio and television personality. He is best known for his radio show, The Howard Stern Show, which gained popularity when it was nationally syndicated on terrestrial radio from 1986 to 2005. Stern has broadcast on SiriusXM Satellite Radio since 2006.

Howard Stern interview with Eddie Vedder is now available for free on SiriusXM.