Pearl Jam will perform at Harlem’s world-famous Apollo Theater in a special concert for SiriusXM subscribers and Pandora listeners on Thursday, March 26.

According to Rolling Stone, Pearl Jam will play New York City for the first time in three years — at the Apollo Theater in Harlem March 26th. The event will be hosted by SiriusXM and Pandora.

The concert will air live on Pearl Jam’s SiriusXM station, Pearl Jam Radio, while right after the station will broadcast the band’s new album, Gigaton, which arrives the day after the show, March 27th. Pandora will also mark the arrival of Gigaton with a special Pearl Jam playlist, plus a “Pandora Story” in which the band will share insights and stories about their new music and some of their classic songs.

“We are incredibly humbled and honored to take the stage at the legendary Apollo Theater,” said Pearl Jam guitarist Stone Gossard. “We look forward to a memorable show to celebrate Gigaton and the 10-year anniversary of Pearl Jam Radio at SiriusXM. It’s hard to understate the sacred and historical importance of the Apollo to the history of American popular music and African Americans’ preeminent role in its invention. We will play this special one time show with those artists in mind.”

Tickets for the Apollo Theater show will be available exclusively to SiriusXM and Pandora subscribers. 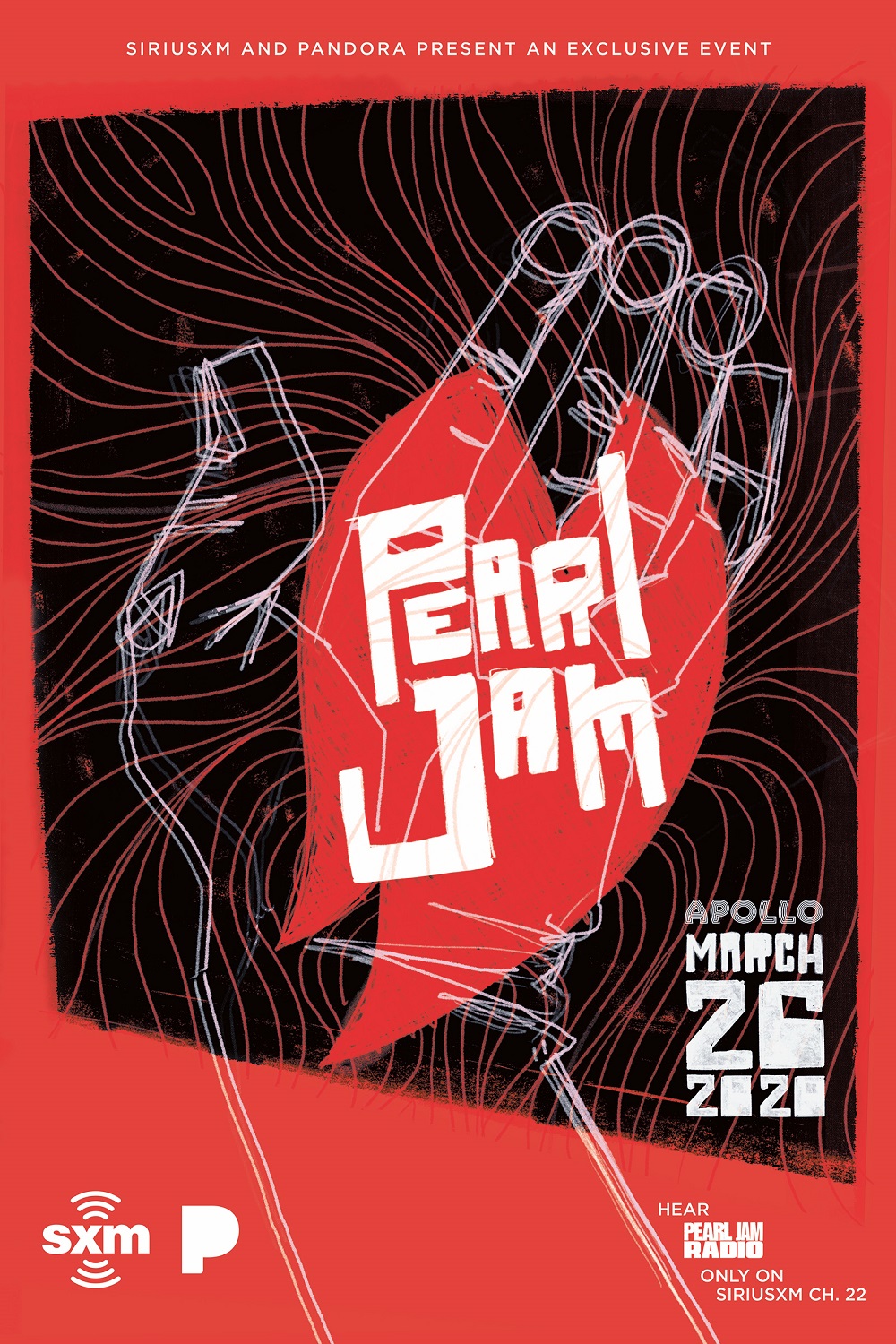