Eddie Vedder will be joining Elton John on his The Lockdown Sessions duet album. 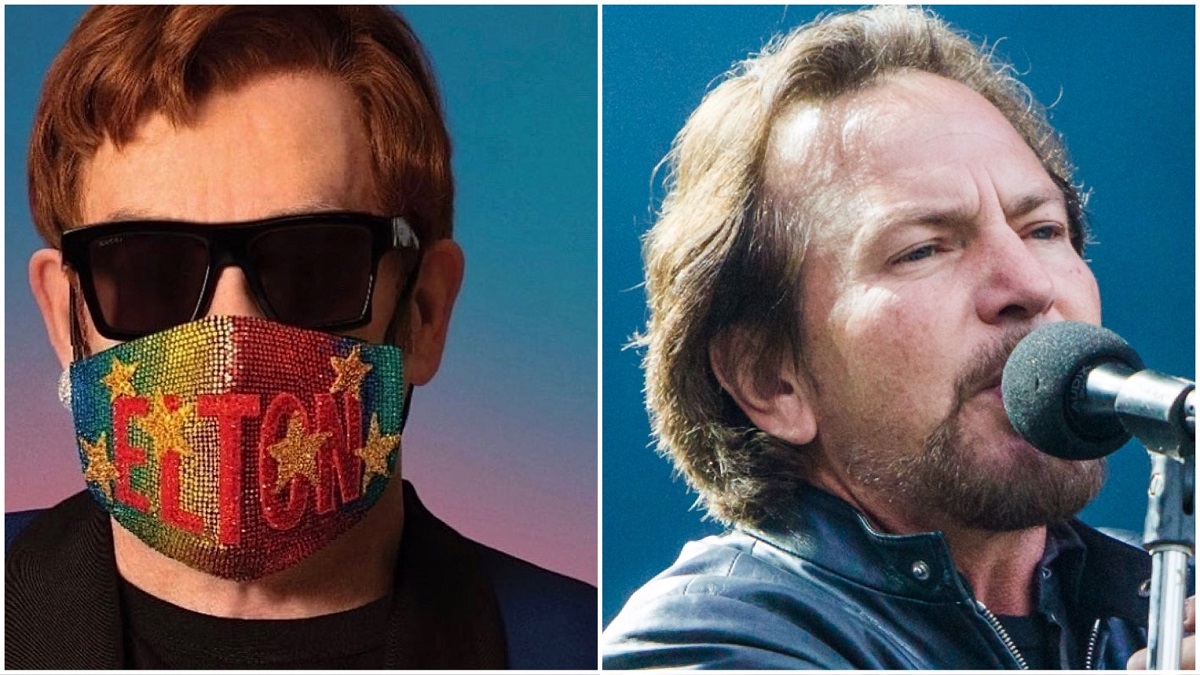 Elton John announced today that he’s to release a set of all-star duets this fall.

The album, The Lockdown Sessions, will join a rash of such collections, including Eddie Vedder, Gorillaz, Miley Cyrus, Stevie Nicks, Stevie Wonder, Brandi Carlile, Nicki Minaj, Lil Nas X and Dua Lipa. Elton John has teamed up with Eddie Vedder for E-Ticket, a brand new track written and recorded during the quarantine. The Lockdown Sessions will be out on October 22nd via Interscope.

Elton John also spoke about his new album and the songs recorded with Brandi Carlile and Eddie Vedder, you can watch the video below.