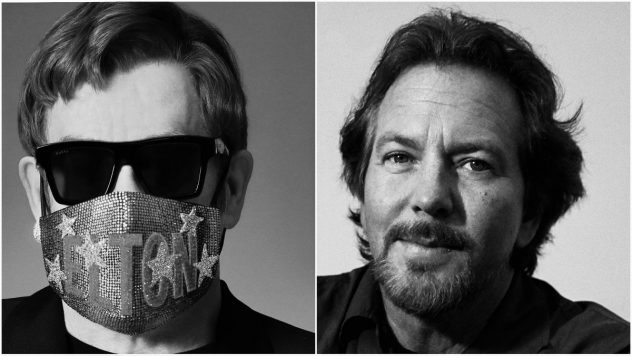 Elton John will be one of the guests on Eddie Vedder’s new album, Earthling, which is due out soon while there is no release date yet. The English singer himself revealed it during a recent interview with Howard Stern.

After E-Ticket, which will be featured on Elton John’s The Lockdown Sessions (out October 22nd), the two artists have written and recorded a second song together, which will be included on the Pearl Jam singer’s third solo album.

Meanwhile, you can listen Long Way, the first single from Eddie Vedder’s new album Earthling, below.