Hearse Theater, the online Neil Young archives is going to publish a documentary about a concert Neil Young played with Pearl Jam at the RDS Simmonscourt Pavillion in Dublin on August 26th 1995. 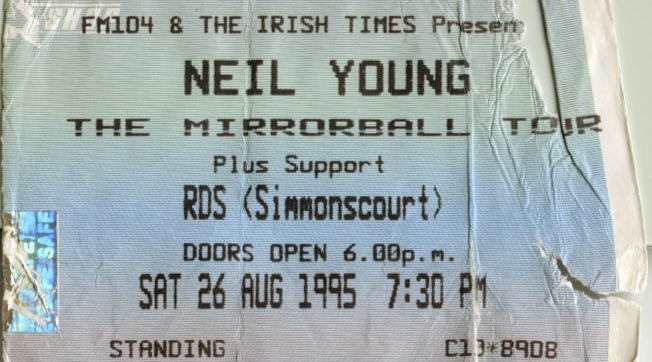 Reprise Records that still releases Neil Young albums and Epic Records, Sony’s subsidiary that published Pearl Jam albums until 2003, never made arrangements and practically prohibited this release for more than 20 years. The legend tells that Eddie Vedder got very mad about it (even if he wasn’t involved in the 1995 european promotional Mirror Ball Tour)

While we wait for the official release of the Mirror Ball Movie, here is an amateur footage of the legendary 1995 dubliner show by Neil Young and Pearl Jam.