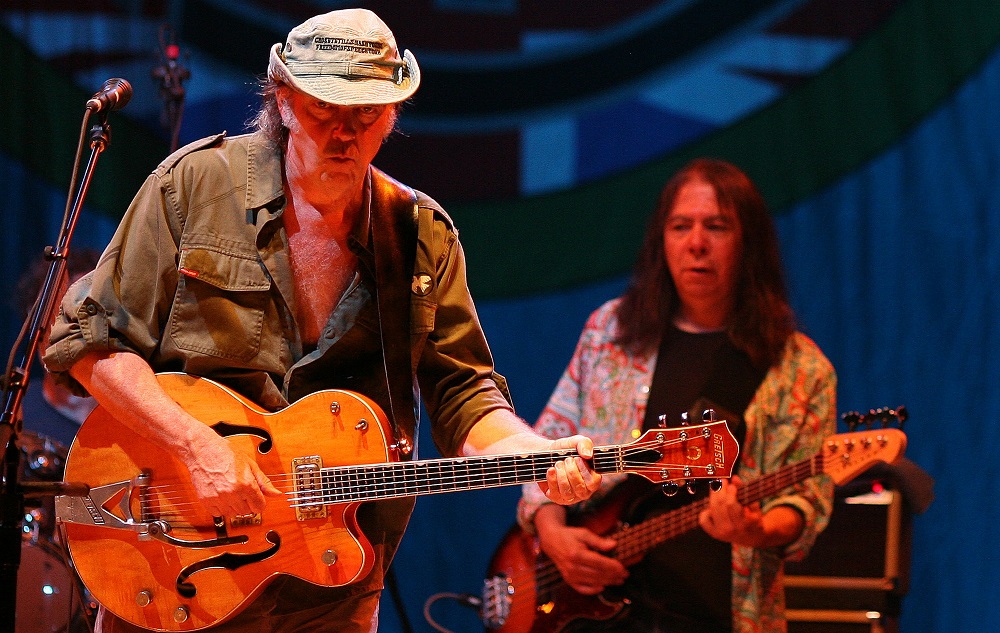 NEIL YOUNG IS A GENIUS. There, I said it. Even his most obscure albums have songs that are so beautiful and so moving that you can’t believe they weren’t huge hits. I’ve been listening to Sleeps With Angels a lot recently. That’s a beautiful record. Western Hero is a gorgeous, Trans Am is incredible and Change Your Mind is one of the most fantastic songs ever written. And this is one of the records that people don’t even talk about much. Every era of his career is amazing.

When he asked Pearl Jam to play on Mirror Ball we were blown away, and we learned so much from playing with him. He’s the ultimate songwriter, singer, lead guitarist and soundscaper, he’s in that Dylan zone. The way he mixes up distortion and feedback and blues and folk and rock and soul and noise is just inspirational. The way he digs solos out, just throttling his guitar, is masterful. And he has the heaviest groove around. He just sits back, and where he puts the downbeat just feels so great, so perfect.

He told me once, “You know, lately I’ve been really into just two chords.” Just two chords! That’s so liberating, it makes music sound like it’s for everyone. Neil’s as old as hell, but he’s like a kid in terms of how excited he is about music. He’s the ultimate, I don’t think anyone can touch him.”

From “The 50 Greatest Neil Young Songs”
Thanks to Spiritual_Chaos