The hidden tribute to Neil Young by Eddie Vedder during the Kōkua Festival 2020 – Live From Home. 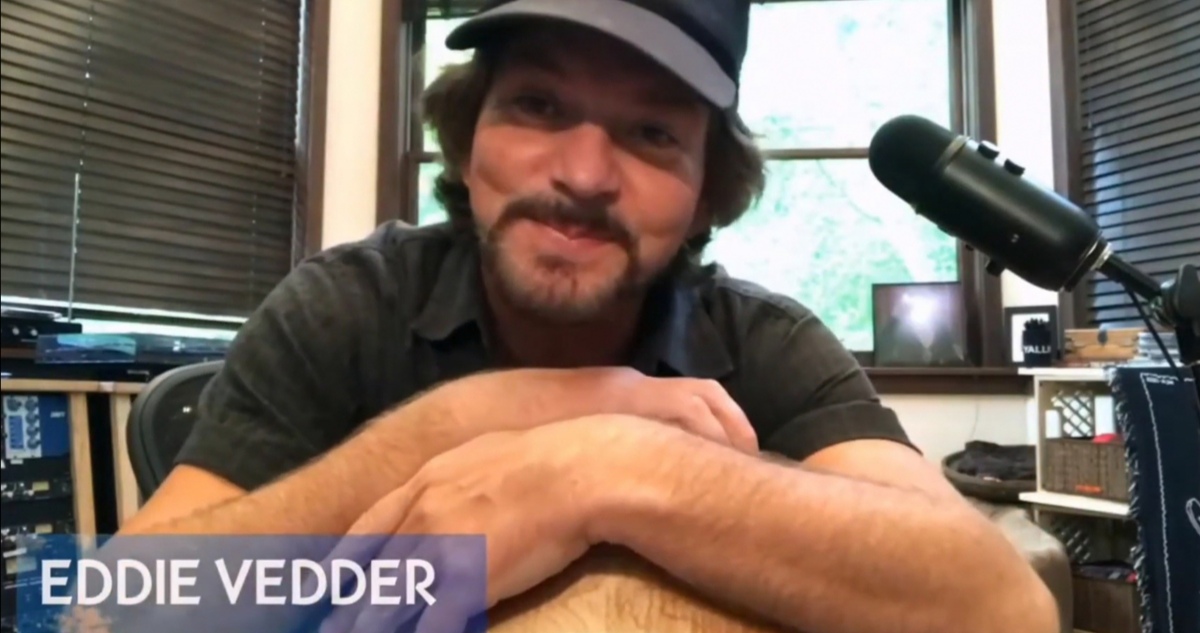 After playing Far Behind with a tag from Pinball Wizard by Who and Constellations with Jack Johnson, Eddie came back for the finale and joined several other artists from the line-up to perform Better Together.

A lot of people wondered why Eddie didn’t play or sing the song with the other artists, instead he just put together a funny scene (that also reminded us of the ending scene from Immagine in Cornice in the Pistoia cathedral).

Actually, during Better Together, Eddie used the broom like a real instrument (creating a pleasant sound similar to brushes used on drums, but scratchier) to give a secret tribute to the same technique that has been used by Neil Young while recording Harvest Moon (and also later in the Unplugged version).

Also, what many saw as a barrel of wine (behind Eddie) was actually an outdoor Finnish Sauna in the shape of a barrel.