Here are the memories shared by Mike McCready, Matt Cameron and Brendan O’Brien about Chris Cornell taken from the first posthumous release dedicated to the most recognizable voice of the 90’s.

Chris was undoubtedly one of the greatest singers and songwriters of all time.
When he first came on the scene, it was like: “God, that guy’s good-looking AND he can play drums, AND he can play bass AND on top of that, he can sing like no one else?!”

But as i quickly learned – even more importantly, Chris had a beautiful heart and soul and was an amazing and encouraging friend.

I will always love Chris for giving me a chance very early on and letting me play leads on the Temple Of The Dog album. He handed me a dream in getting to actually play on incredible songs which influenced how I would play on Pearl Jam records in the future. He gave me the break into music business I wanted since I was 11. I feel so extremely blessed and lucky that we were able to finally tour the Temple Of The Dog album 25 years later. I wish we could have continued down that road, but am forever grateful for what we had.

I miss Chris every day and will forever sing his praises.

Chris held the keys to the doors of perception for me.

There are so many examples I could share, maybe someday I will, but one perfect example I will NEVER forget was hearing his demo for the song “Ugly Truth” when Soundgarden was writing songs for Louder Than Love. The rough recording encompassed a musical universe so vast and pure, I couldn’t believe my ears. I listened to it over and over, pinching myself wondering if I was in a dream or if I was finally in the band of my dreams. Luckily for me, it wasn’t a dream.

The best artists have a direct link to their subconscious, their inner universe. They can make sense of the beauty and darkness in life and present it to the world in a painting, a poem or a song that perfectly encapsulates how we all feel.

Chris was that type of artist.

His music transcended categories and classification, it was simply next level art. He was my Coltrane, my Kafka, my J.M.W. Turner. I am forever grateful for the time I had with Chris. Our time together was very short, but our music will live on forever.

Chris Cornell and I met in 1993 after I was asked to meet with Soundgarden to discuss mixing a record they were finishing in Seattle. I had been a fan and while excited to work with them, meeting Chris was a bit intimidating. He was a great singer, tall, brooding and a bit aloof who was a fairly no-nonsense person that didn’t suffer fools particularly well. A pro. A smart-ass. My kinda guy. Our conversation lasted ten minutes before I suggested that talking about mixing was not something I knew how to do and why don’t we just get it going. He and the rest of the guys seemed to be what would best be described as relieved. We became friends right away.

I worked with Chris many times over the years and my impression of him was always the same, a truly open and committed musician who was willing to do whatever was needed to get his music across. He was always easy to work with, although I did get mad at him when he left Audioslave after we had finished their last album together, but mostly for selfish reasons. However, when he called me a few years ago to help him with some new songs I was happy to be involved. How can you say no to a guy with that kind of voice and that much fun to be around? Higher Truth was a fun record to make. Most of the time it was just the two of us making the music. His music. I felt honored that he wanted it that way.The guy seemed larger than life in a vocal booth and most of the time I was just happy to be in the room. We spent a lot of time laughing, talking about cars, movies and obscure tv shows. Important things. The music and his performances were his best solo work since Euphoria mourning, a beautiful record that he made with Alain Johannes and the late Natasha Shneider. This was an artist at ease with performing with a more stripped-down approach. Intimate songs with minimal instrumentation and a singer doing what he does best.

Undoubtedly, Chris is best known for his work with Soundgarden and Audioslave. He was a titan among singers who could summon his inner self and demons in a way that was powerful, ferocious and believable all the while making it look easy. Yet, he was also able to sing barely above a whisper with just an acoustic guitar (by the way, a very underrated guitarist) and give you the same emotion, power and vulnerability. Again, making it look easy.

The last time I saw Chris was at his performance on the Fallon show where he played his song “The Promise”, Matt Cameron was on the drum kit and I know that Chris was thrilled to have him there. I believe one of the last things that I said to him was that he sang great. He just smiled in response as if to say, “It’s what I do.” It was a good night.

On that first session with Soundgarden, all those years ago, I noticed Chris had a wallet made entirely out of black duct tape. I asked where he got it and he claimed that he had made it. I must’ve given him the look of doubt because he said that he would make one for me, as if my expression had challenged him. Over the next couple days while I worked at the console, and he listened, Chris made me the perfect duct tape wallet complete with a spot for your driver’s license. He gave it to me and I used it with pride until it wore out, telling everyone Chris made it for me. Bragging, really.

I really miss that wallet…wish it were still here.

Thanks to Vicky Cornell & Marco Rizzitelli. 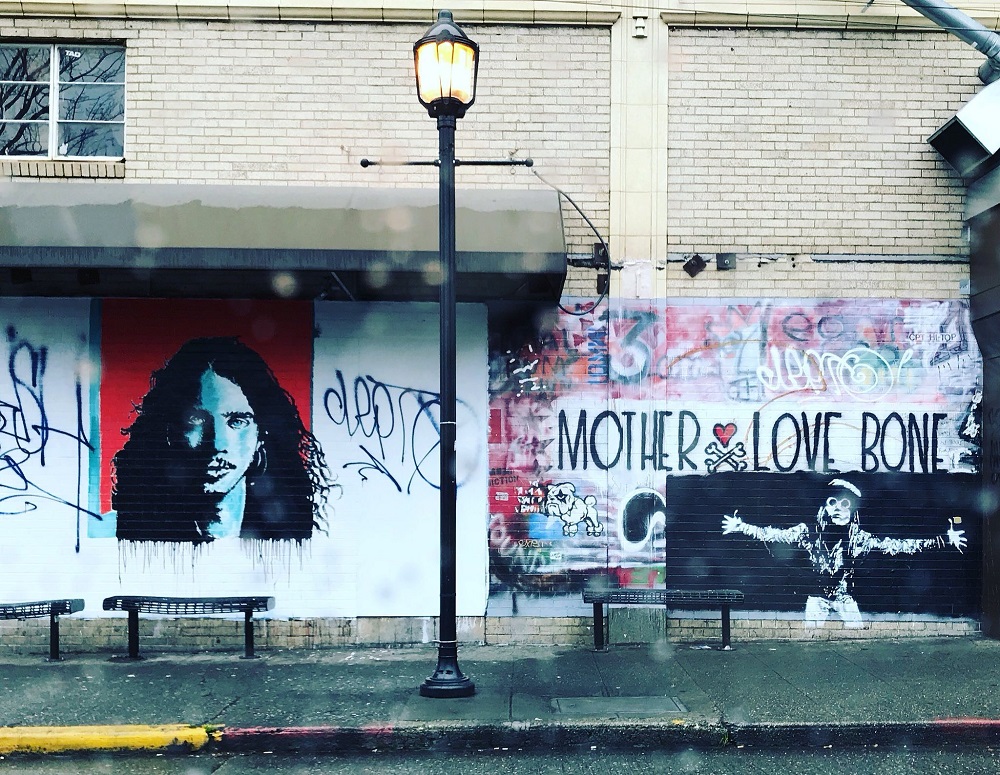