According to pearljam.com, on January 16th, members of Temple of the Dog, Soundgarden, and Audioslave will take over the Forum in Los Angeles for I Am The Highway: A Tribute to Chris Cornell.

The event, hosted by Jimmy Kimmel and special guests, will feature special performances by Foo Fighters, Metallica, Ryan Adams, and more. In keeping with Chris’ vision to protect the world’s most vulnerable children, the evening will benefit the Chris and Vicky Cornell Foundation as well as The Epidermolysis Bullosa Medical Research Foundation.

Tickets will be available from Friday, Nov. 16th on ticketmaster.com.

Update: , Marcus Durant (Zen Guerrilla) and Taylor Momsen (The Pretty Reckless) added to the “I Am the Highway – A Tribute to Chris Cornell” lineup. 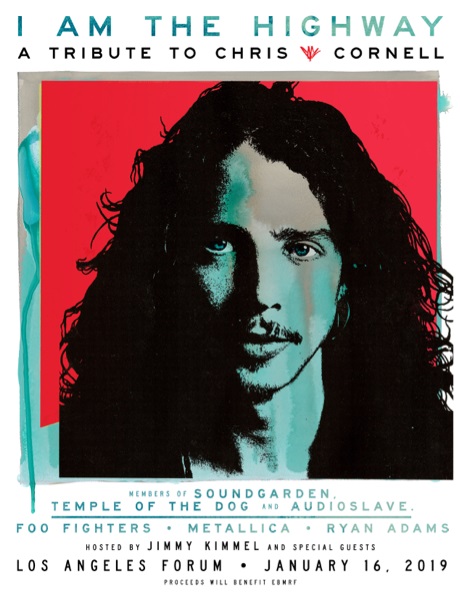