In a recent interview for WRIF radio, Stone talked about the late Soundgarden singer and a possible collaboration with Duff McKagan. 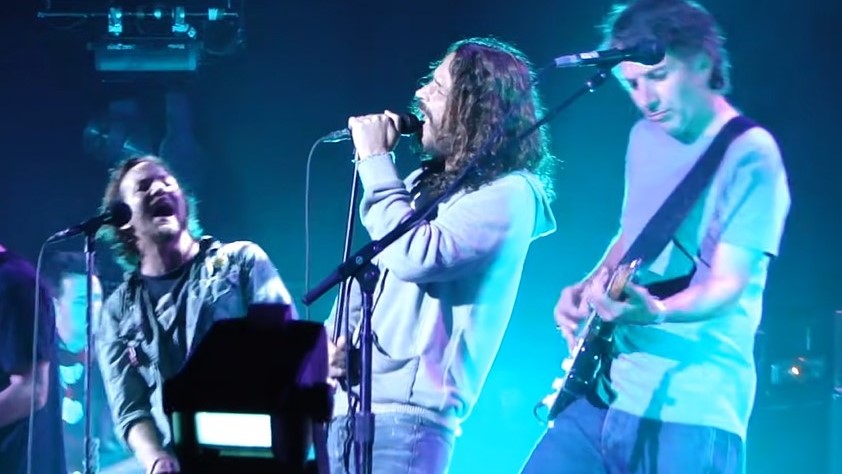 In an interview with WRIF radio, Stone Gossard said he has been listening to Chris Cornell a lot lately, remembering the Temple Of The Dog recording experience as one of the best in all his musical career, if not the best ever.

Pearl Jam guitarist went ahead remembering the time when Cornell lived with Andy Wood, Mother Love Bone singer. Chris helped him and Jeff recover from the pain of Andy’s death also by recording Temple of the Dog album. Gossard affirmed that Chris Cornell might be considered G.O.A.T. (AKA “Greatest of all time”).

During the same interview, Gossard has been asked his opinion about Duff McKagan’s (Guns N’ Roses bassist) desire of collaborating with Pearl Jam. Stone said he has great respect of Axl Rose’s band bassist, he also pointed out that in the early 80’s he influenced a lot of bands with Fartz, 10 Minute Warning and later with Fastbacks.

Pearl Jam guitarist also said that even if there are no plans at the moment, he would be more than willing to collaborate with Duff in the future. Only a few months ago, McKagan joined Eddie Vedder and his Earthlings in Seattle to play together Precious, a Pretenders cover.

Below is the video of the performance.