From December 19th to January 3rd, nugs.tv will stream a previously unreleased and uncut version of the June 26 2018 Pearl Jam show in Rome.

A present for all Italian fans and everyone else of course. Starting at 12pm PT/3pm ET/9pm CET through January 3rd, nugs.tv will air the unforgettable show Pearl Jam played at Stadio Olimpico, Rome, on June 26 2018.

The video, more than three hours and 39 songs long, has been captured in HD by Blue Leach, edited by Kevin Shuss and mixed in stereo and 5.1 digital surround sound by Josh Evans, producer of Gigaton, the latest Pearl Jam studio album.

The webcast can be pre-ordered for $9.99 on nugs.tv. Ten Club members receive discounted pricing of $9.99, check your email for more info.

While you’re watching, pick up new merchandise – poster and blanket – to commemorate the June, 26, 2018 concert. 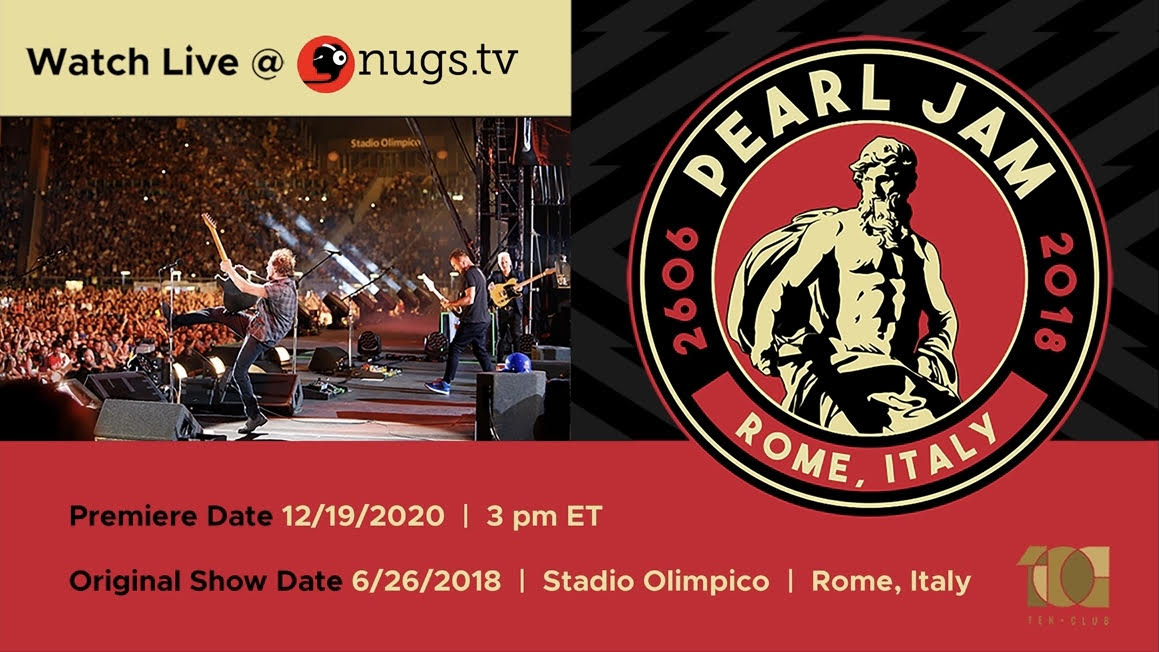