On October 22, Pearl Jam via Nugs will stream the April 29, 2016 show from the Wells Fargo Center in Philadelphia. 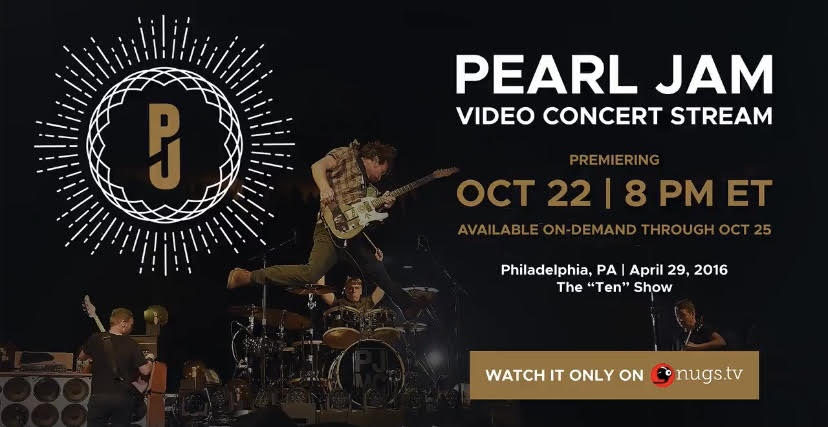 The show airs on the 30th anniversary of the band’s first live performance at Seattle’s Off Ramp.

The 3-hour performance kicks off with the band performing their multi-platinum selling debut album Ten from beginning to end. Pearl Jam has partnered with nugs.net to present this 32-song set, mixed in stereo and 5.1 digital surround sound by Gigaton producer, Josh Evans. This never-seen-before footage was captured in full color by 11 HD cameras by videographer Blue Leach and edited by PJ archivist Kevin Shuss.

Setlist: Once, Even Flow, Alive, Why Go, Black, Jeremy, Oceans, Porch, Garden, Deep, Release, Breakerfall, Corduroy, Who You Are, Let The Records Play, Spin The Black Circle, Do The Evolution

Encore: Bee Girl, Just Breathe, All Or None, Comfortably Numb (Pink Floyd), Mind Your Manners, Given To Fly, Daughter/W.M.A., Rearviewmirror