Luca from pearljamonline.it speaks to C Average’s Brad Balsley about the shows played with Eddie Vedder, their first meeting and much more. 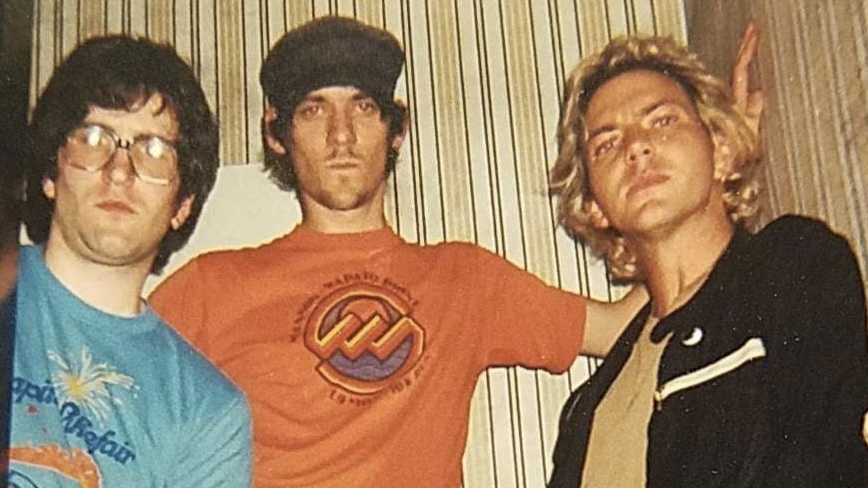 Brad Balsley is the drummer of C Average, hard rock band from Olympia, WA formed in 1996. Debuting in 1998 with a self-titled LP on Kill Rock Stars, the band earned its greatest notoriety for regularly backing Pearl Jam’s Eddie Vedder during his solo gigs in 1999 and 2002. Brad is also the drummer of Power Castle.

Hi Brad and welcome to PearlJamOnline.it. I’m a big C Average fan and what you guys did: combining the power of Black Sabbath with the influences of punk, all with sci-fi lyrics is really cool. What do you especially remember from the C Average’s early years at Olympia?

We started as a 3 piece with Joe Preston on Bass. We practice in the basement of some friends house in east bay drive in olympia. I remember the Seattle Supersonics were in the finals and we were watching it there too, and writing our KRS mail order freak single at that time. We moved into Prolock storage to write our first album. We were getting inspired by the band’s that were getting pretty good like Karp and Fitz in Olympia.

They would tour the country twice a year and a two week West Coast tour as well. Everytime they came home, we’d all go see them, and they would be in peak performance after the months of touring, and it was incredible. The whole K Records thing and Feminist Punk Rock genre was born and going strong. We recorded our first album out at Moon Studios on Kaiser Rd with Scott Swayze. The artist known as Seasick Steve owned it at that time. He’s gone on to be quite a famous bluesman since then.

The year after your debut, after a warm up for a few people, you and Jon were Eddie’s live backing band. How did this experience come about? I remember at the Tibetan Freedom Concert, Eddie invited you on stage as if nothing had been planned before…

We got on an opening slot for with ICU (actually still playing shows). On this tour we played several days with Hovercraft. Beth Liebling’s band. We instantly hit it off with Beth. Talking until late in the evening about everything. Well this tour was headed to NYC where Eddie was waiting. When we got there we went up to Ed’s hotel room to meet with him. My bandmate Jon is a fellow The Who freak fan. So they bonded O’er that. He invites us to jam at his house when we get home and continue to hang with him in New York.

We actually went to Philly and saw Question Mark and The Mysterians play at the Cold Locker or something like that. Parted ways and hooked up in west seattle at his house later. Three whole Tibetan Freedom audience pull out was a bit, BUT he did make us play Better Man which we only practiced once…