Eddie Vedder’s new single, Cartography b/w Cartography (Nick Zinner RFK remix), is out today on all digital music platforms, and it is accompanied by a moving video, directed by Julian Gross, for the b-side remix. 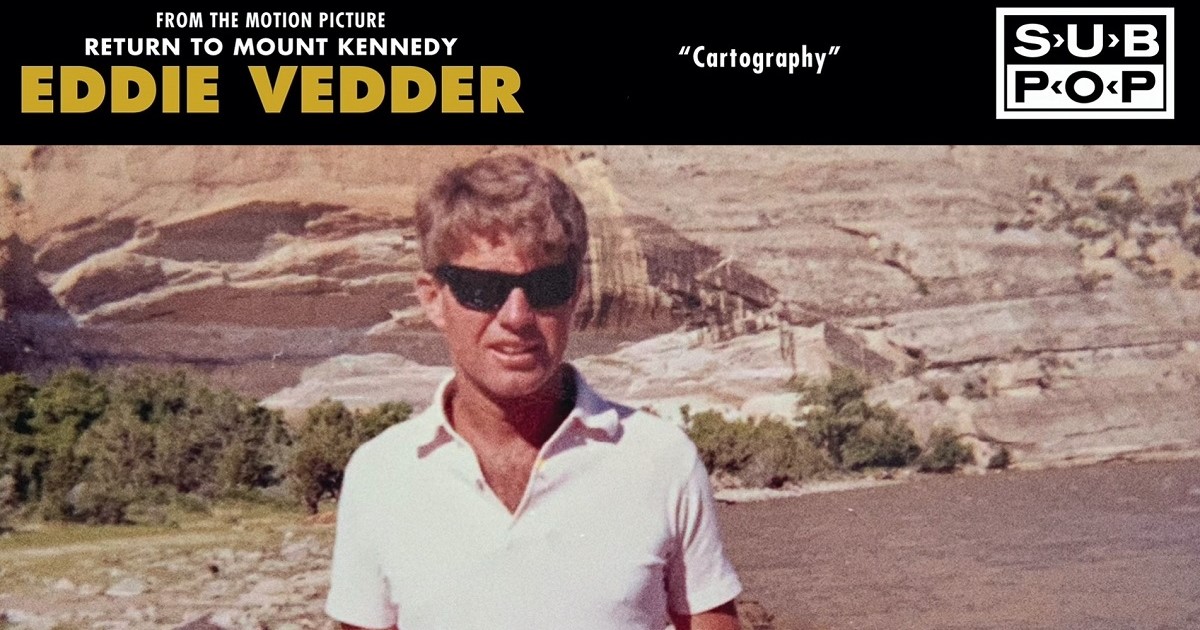 Cartography is an instrumental track Eddie Vedder made for the soundtrack to Eric Becker’s 2018 documentary film Return to Mount Kennedy.

The single is part of the Sub Pop Singles Club Vol. 5, and proceeds will support Fair Fight’s efforts to ensure a free, fair, and secure election in 2020.

Eddie Vedder offers this about the single, “Listening to the speech delivered by Bobby Kennedy in regards to the assassination of Martin Luther King Jr. 50 years ago, you are reminded that once again we are at a moment in time when our society can and must do better. Voting is our most powerful form of nonviolent protest. And those whom we vote for must be made deeply aware that the issues of equality and justice in America are of the utmost importance and need to be not only restored but taken to the next level. NOW.”

The track is accompanied by a remix by Nick Zinner of the Yeah Yeah Yeahs, who added a haunting, poignant effect by weaving in audio of Robert F. Kennedy responding to the assassination of Dr. Martin Luther King Jr.

Both tracks are available now on all digital music services. Fans can get the limited-edition 7” single by subscribing to the Sub Pop Singles Club Vol. 5.