Variety published a double interview with Eddie Vedder and Andrew Watt, the Earthling producer, in which they both talked about the creative process that led to the new Pearl Jam singer solo album. 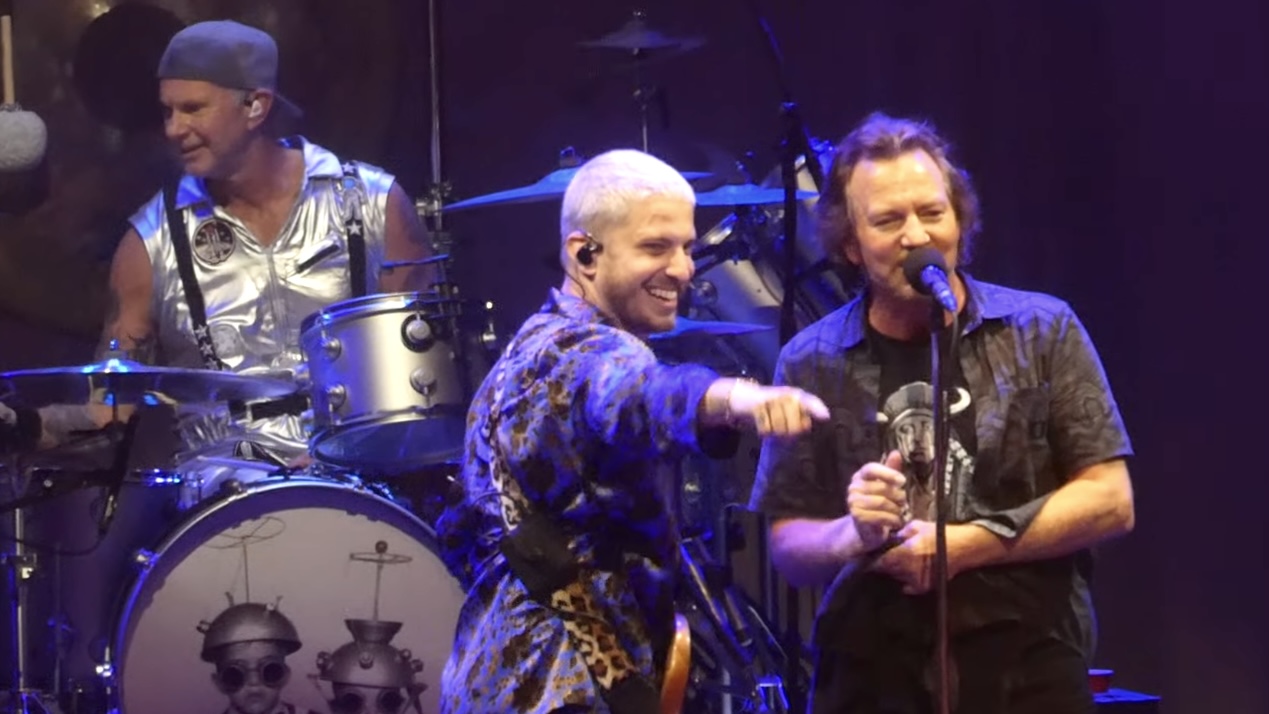 After the announcement of the cancellation of the Baltimore show, originally meant to happen in 2020, Variety published a long interview with Eddie Vedder and Andrew Watt. They both talked about the recording sessions that led to Earthling, the new solo Eddie Vedder album, coming out February 11th.

They talked about many different subjects, starting from where some of the songs in the album came from (The Haves was inspired by two homeless people holding their hands in Long Beach, The Rose of Jericho, was inspired by Embrace, the Ian MacKaye hardcore band from the 80’s) to how they managed to include many special guests in the recordings as Stevie Wonder. Eddie Vedder said that they had to wait for six hours for him to show up and that while they waited they wrote a new song, a Pearl Jam song and that the temporary title will be Waiting for Stevie.

During the interview they confirmed that Andrew Watt is going to be the next Pearl Jam producer and that they will stat to write the new album between the American and the European tour. Andrew Watt is very excited about this: “I worship each and every one of them: my favorite bass player, lead guitar player, riff writer, drummer and singer could all be in the same room with me at some point, and I’m gonna die and go to heaven.” He added that The Earthlings have a distinctive sound:
“That’s all anyone’s intention ever was. It’s not a Pearl Jam cover band. It’s its own thing and it doesn’t take away from the glory that those guys built. I’m just happy we’re getting to play our tunes.”

Eddie Vedder concluded: “It’s my picture on the cover of the record, but really there should be so many people on the cover, because it was a collaboration that just came out of nowhere. It’s been a great, great experience. We’ll always have these songs to play in the future.”

You can read the full Variety interview to Eddie Vedder and Andrew Watt here.

Another interesting interview is the one Pete Townshend gave to MOJO. The Who guitarist digs deep down into his friendship with Eddie Vedder and tells about some advices he gave him throughout his career. You can read it on the MOJO website, here.