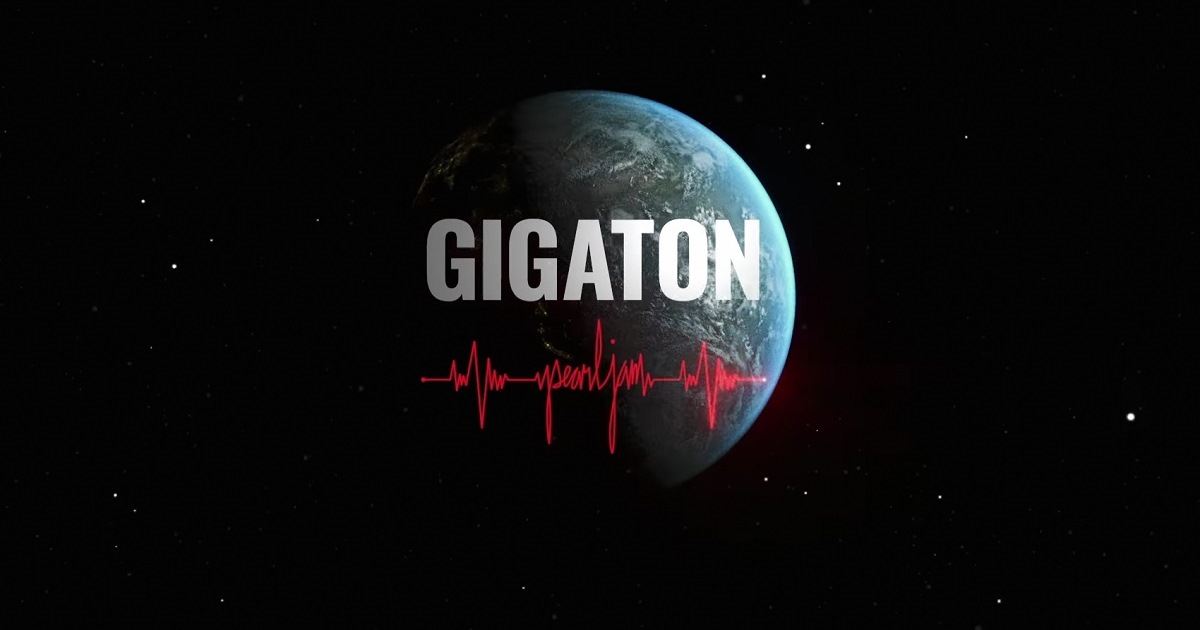 Gigaton features some guests: Brendan O’Brien (the band’s longtime producer) plays keyboards on two tracks on the record (Quick Escape and Retrograde) and Meagan Crandall from Lemolo sings on the chorus of Take The Long Way. Even Josh Evans, the record’s co-producer, plays keyboards on several tracks.

In several Gigaton‘s songs Eddie mentions some famous people. In Seven O’clock the Pearl Jam singer quotes Sitting Bull-Tatanka (“there’s Sitting Bull-shit as our sitting president”) while in Quick Escape – which talks about leaving planet Earth due to environmental damage and go to living on Mars – Eddie, addressing President Donald Trump directly, sings: “Crossed the border to Morocco/ Kashmir then Marakesh/ The lengths we had to go to then/To find a place Trump hadn’t fucked up yet.” In Never Destination Vedder quotes Bob Honey, a fictional character featured in a series of books written in 2018 by actor, director and Eddie’s friend Sean Penn.

All the band members, except Mike McCready, wrote lyrics in Gigaton. For example lyrics and music of Take The Long Way are written by Matt Cameron, Alright is written by Jeff Ament and the lyrics of Buckle Up are written by Stone Gossard.

Dance of the Clairovoyants, the most experimental song of the record and the only one written by all the members of the band, is not the only Gigaton track containing electronic parts: in Quick Escape there is a drum loop programmed by Jeff Ament who has also plays electronic keyboards on Alright.

The Gigaton concept is created by Jerome Turner and Al Nostreet, pseudonyms already used in the past by Eddie Vedder and Jeff Ament.

Pearl Jam‘s new record, produced by the band with Josh Evans, was recorded in the following studios:

Gigaton was mixed in Dolby Atmos by Josh Evans and Nick Rives at Capitol Studio C in Los Angeles.

I wanna breathe, follow the scene
I wanna taste everyone I see, I wanna run, when I’m up high
I wanna ride into the sea, I only want life to be
I just wanna be, I will feel alive as long as I am free

Favorite song: Rearviewmirror
Favorite album: Vs.
Favorite bands/artists other than PJ: The Beatles, The Who, Queen, Soundgarden, Jeff Buckley