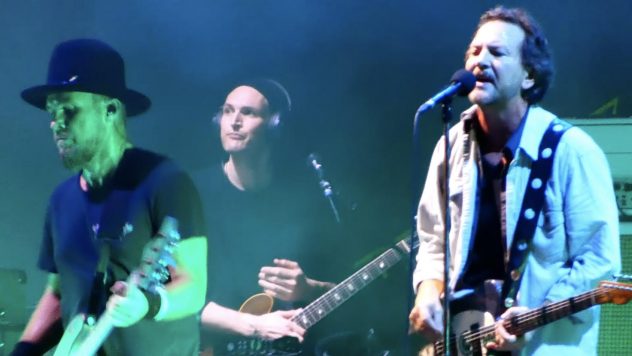 Josh made his live debut with Pearl Jam during the band’s concert at the Sea.Hear.Now. Festival, where he played keyboards, guitars, percussion, tambourine and also contributed backing vocals, especially on the new songs from Gigaton.

Klinghoffer joined the Red Hot Chili Peppers in 2007, after John Frusciante left the band for the second time, and he has been a member of the RHCP until 2019, when Frusciante returned to the lineup.

In 2019 and 2020 he released two solo records under the name Pluralone and he should have been the opening act of the postponed 2020 American Pearl Jam tour. Klinghoffer also virtually joined Pearl Jam during the Dance Of The Clairvoyants performance recorded for last year’s All In WA benefit and will play on Earthling, the upcoming Eddie Vedder’s solo album (you can listen to Long Way, the first single taken from the album, here).

Are you wondering if Kenneth “Boom” Gaspar is still a touring band member? Yes, he is as well as the newcomer Josh Klinghoffer.

Pearl Jam have not yet released any statement about Klinghoffer’s status as a multi-instrumentalist in the upcoming concerts and tours.

A representative for Pearl Jam has confirmed Josh Klinghoffer’s addition as the band’s touring member.