What are the songs that Pearl Jam rehearsed in soundcheck and never played live?

Below you can find a short list of songs Pearl Jam tried during sound check but never played live… yet. 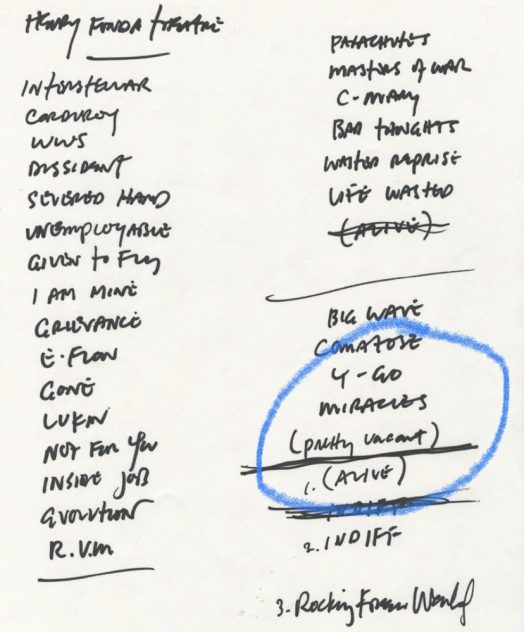