Eddie Vedder joined The Strokes to perform with Julian Casablancas a classic song by the New York band. 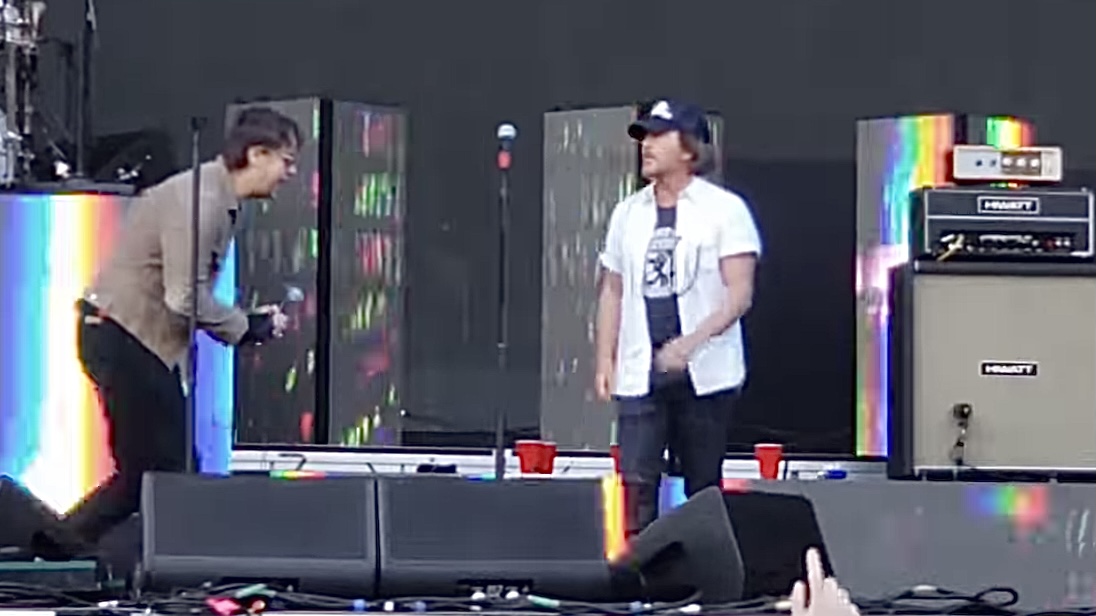 The Strokes performed on August 3rd at the T-mobile stadium in Seattle as a first-rate opening act for Red Hot Chili Peppers, who are touring their new (and excellent) album Unlimited Love.

It was a big surprise for all the people attending the show, seeing Eddie Vedder, who just came home from the European Pearl Jam tour, join The Strokes to sing the song Juicebox, included in the 3rd record of the band First Impressions of Earth, published 16 years ago.

It’s not the first time the Pearl Jam singer performs with The Strokes, the first time was in New York in 2006 for a party organized by Rolling Stone magazine, the second in Alpine Valley in 2011, when the band performed at PJ20, the two days festival Pearl Jam organized for their 20 years anniversary.

More recently, Eddie joined the Strokes on the stage for the 2019 Ohana Festival, where they performed Juicebox and a majestic version of Hard To Imagine, a Vs. outtake, later used in the soundtrack of the movie Chicago Cabs (Vitalogy-era take) and eventually included in 2003 Album Lost Dogs (in a version recorded by the band during the No Code era)

Below you can find Juicebox, recorded on august 3rd in Seattle.