Eddie Vedder has revealed that Earthling will feature some special guests from Elton John, Ringo Starr, Stevie Wonder and his late father. 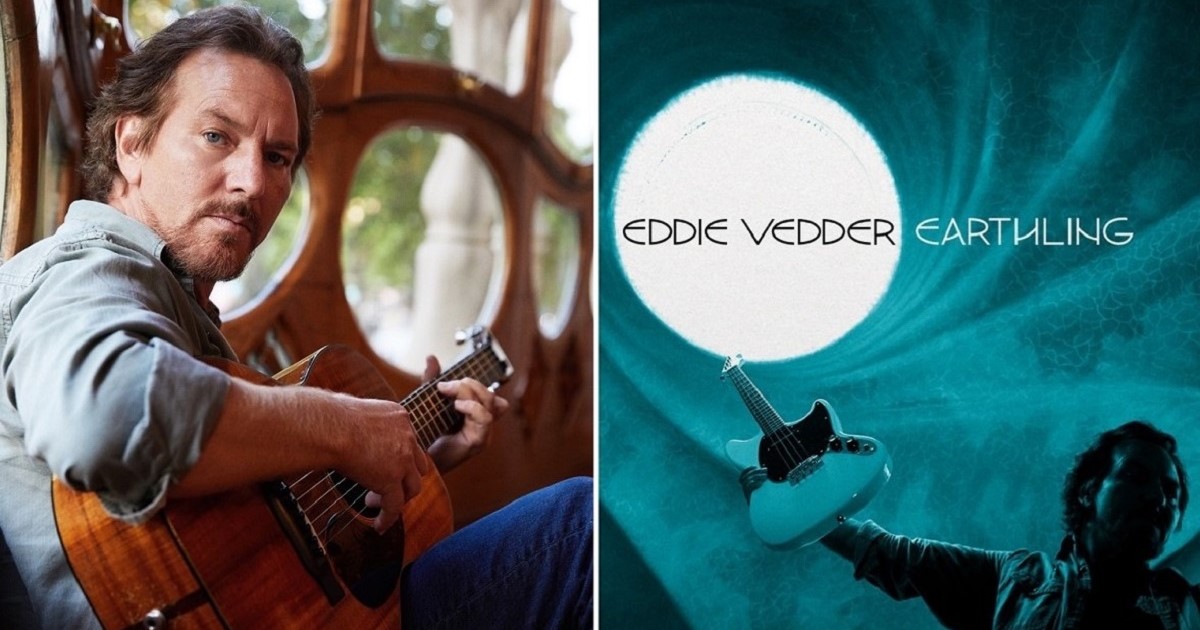 When Vedder was a teenager, his mother revealed to him that the man he thought was his father was actually his stepfather, and that his biological father was dead.

“But the crazy thing that did happen was that about 10 years ago, the Chicago Cubs, some of their old timers get together and play baseball for about a week, and I would go down there every other year and hang with these guys, learn about the game more so I can teach my kids more, you know, I coach baseball” he explains to Mojo. “One of the ex-players, this erudite badass trumpeter, who used to play third base, his name is Carmen Fanzone. He also became head of the Musicians Union in Los Angeles – an incredibly cool individual. I saw Carmen playing the horn in a little club in Arizona, and this guy playing keyboards with him had been best friends with my dad. Two years later, he brought me some photos of them in little basement studios. Then a couple years after that, he brought me five songs of my dad singing, on a disc. I carried that disc around for two, three months in my suitcase, not ready to hear it. Finally, I got the guts, and after a couple bottles of wine played it one night in Argentina. And he was good. It was incredible – like he left a message for me.”

With the help of the producer Andrew Watt, Ed Vedder assembled a collage around his father’s voice and included on his new album as a final track (On My Way). “I thought of the record like a setlist – by the end, that’s when you start bringing out special guests. We had Stevie and Elton, Ringo was an incredible addition… and then my pop gets to be on a record with those guys, which is not too shabby.”

Speaking about Andrew Watt, Eddie Vedder tells: “He was working on the Morrissey record, some of the best Morrissey stuff I’d heard in years, so I was curious to see his studio. He was working a lot with Chad Smith and Josh Klinghoffer, getting great sounding results. And so just as we were visiting, we started writing. One song turned into two, then turned into three and four within two days. It felt like the starting gun had gone off.. We were still in semi lockdown, so people were energised to create. I was inspired to write quick. Everything was sounding great, and his ability to mix and have everything be loud… It was just a new adventure, and it was inspiring.”

Earthling, recorded in summer 2021, will be released Friday, February 11th.