Robby Krieger spoke with Stereogum about Eddie Vedder and Rock and Roll Hall Of Fame ’93. 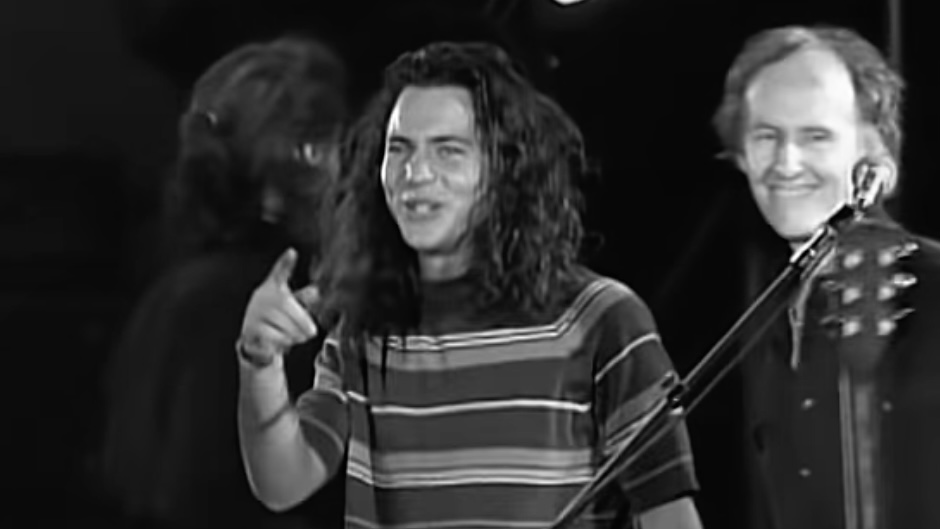 “I didn’t realize, but Eddie was totally into Jim. He cornered me in this hotel room for about two hours, he just had to know everything. That was kinda cool. I didn’t realize he was such a fan. It was kind of weird that night. He was supposed to come down for rehearsal the day before, and they had a huge storm that year. He was driving down from Seattle, and it took him like 48 hours or something. We only had like 20 minutes to rehearse the damn thing. But he did pretty well, I thought.” – Robby Krieger