In a new video interview with GQ, titled 10 Things Dennis Rodman Can’t Live Without, former NBA player Dennis Rodman praised Pearl Jam and talked about the impact of Black, from 1991’s Ten, at a particular time in his life. 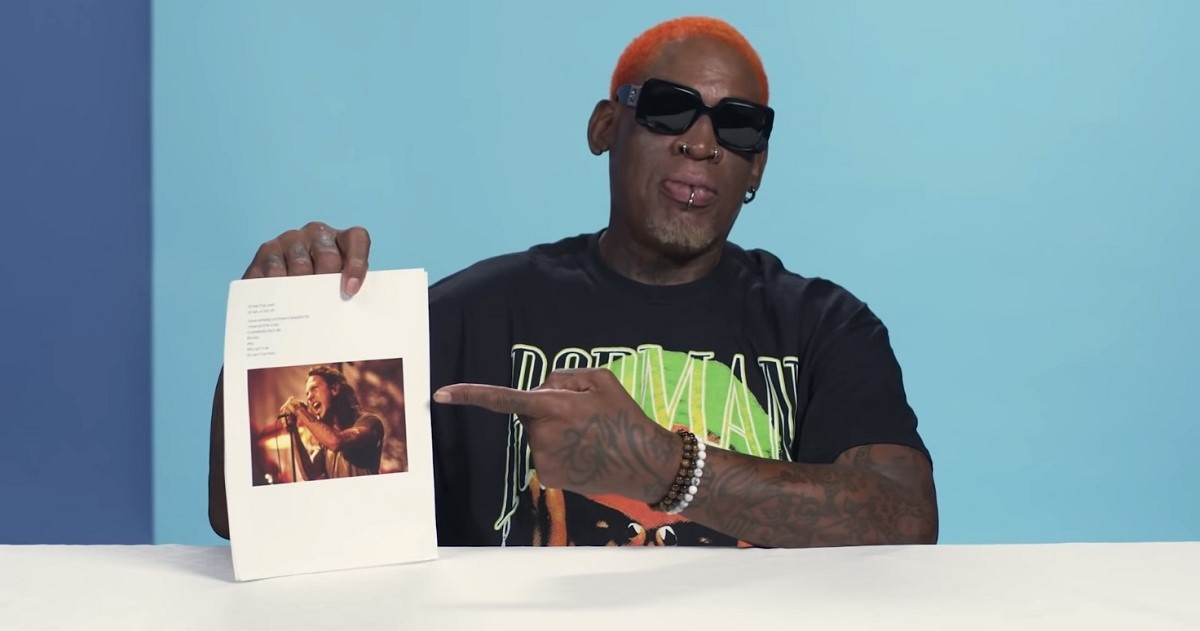 “This song here, Black, who don’t know that song by … this band, Pearl Jam? Who don’t like this band on the planet Earth? Maybe the devil, I don’t know. He’s not on planet Earth but he, ya know, always walks,” Rodman said in the video with a grin across his face, then he went on to explain how he fell in love with band following the release of Ten and how their music helped him during the roughest of times.

“They saved my life man. I tried to commit suicide and for some reason, the voice of love came in my life at that particular moment that night and it was Pearl Jam, and I thank Pearl Jam for doing that for me. Not the sole reason but it was a main reason”.