On Wednesday, June 10, Stone Gossard talked about every Gigaton song on SiriusXM. Below is a summary of what the Pearl Jam guitarist said. 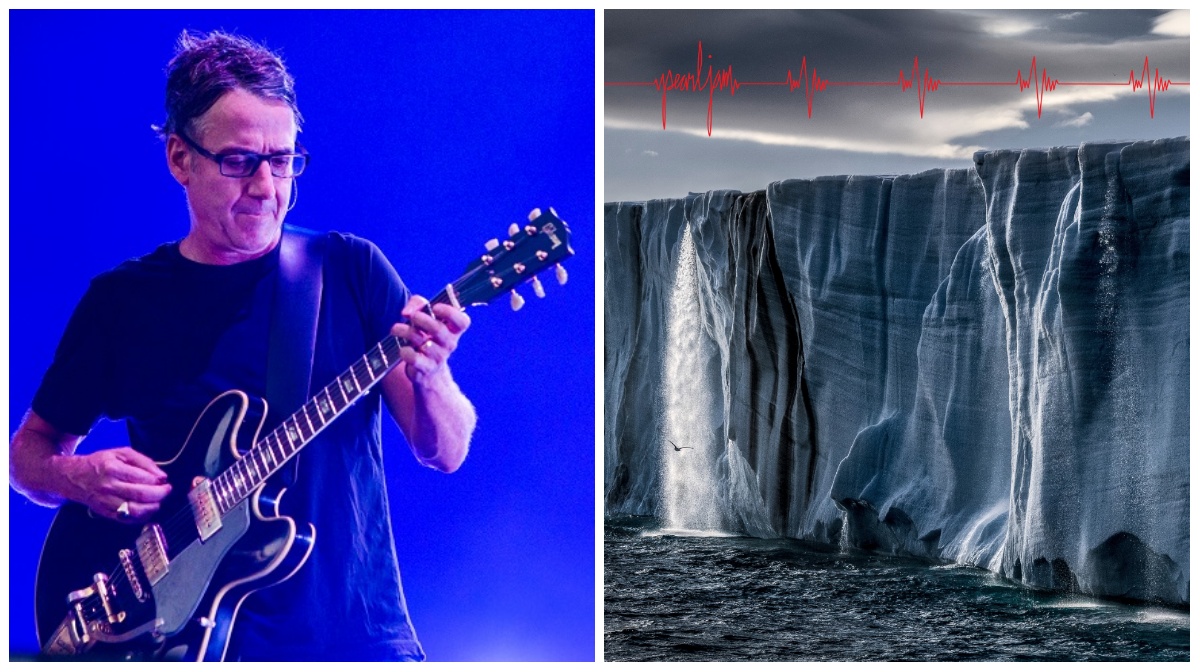 It was one of the last songs they wrote, it was part of a bunch of tracks recorded as demo by Eddie Vedder alone (together with Superblood Wolfmoon and Never Destination). Gossard sees it as a tribute to The Rolling Stones, especially during the chorus that quotes one of the English band’s classics. Stone said that during rehearsals, the song felt very powerful and that he can’t wait to play it live in front of their fans.

Gossard said the song’s groove is memorable and that Eddie’s guitar strokes very clearly resemble the ones from The Who’s Pete Townshend. Stone also added that the song makes him think about The Ramones. During the rehearsals for the 2020 tour, which was later postponed to 2021 due to COVID-19, all the members of the band kept adding little details to the song to make it sound even better during live shows.

Dance Of The Clairvoyants

Dance Of The Clairvoyants is the song that makes Stone Gossard the proudest, both for the evolution the song had, and also for the fact that it was a big risk for the band. According to Stone, the song has two different parts. The first one is where you can hear Jeff and his keyboards’ influence a lot with a very predominant 80’s atmosphere. The second is where you can hear Gang Of Four’s influences (especially in Mike McCready’s bridges) and you can hear more his contribution with the bass and Matt’s at the drum.

According to Stone, Dance is the song where you can feel the most Josh Evans production work. Stone remembered also when the whole band brought it to Eddie for the first listen and they were all worried he wouldn’t like it. The singer instead loved it from the first listen and wrote the lyrics in no time. Stone said that in the future he wouldn’t mind writing similar songs, not for the general mood but rather because of the experimental road they took.

This song for Stone brings out how the whole album is a Jeff Ament’s album (the bass player’s presence is strong in many of the record’s songs). Stone affirmed that the track changed a lot since his first demo, recorded with Richard Stuverud at the drums. He thinks it is a very adventurous song even if there aren’t many chords, and it also features one of the best bass parts that Jeff has ever played. For Stone, there are evident Jimmy Page and Led Zeppelin influences. Even if the demo changed through time, the energy stayed the same. Quick Escape is Stone’s favorite Gigaton song.

Stone defined it, “The other side of Montana, the other side of Jeff Ament”. Stone loves Eddie’s singing in this song and he remembers how the demo was different, more minimal and even darker. Thanks to the band, some arrangements have been added and he loved it even more. It’s one of the Gigaton’s songs that makes him most proud.

Like Dance Of The Clairvoyants, it is a song that was born through the collaboration of all members of the band. In 2017 Stone, Jeff Ament and Mike McCready recorded three very long jam sessions, they used a drum machine because Matt wasn’t in the studio on that occasion. After a while, thanks to the huge contribution of Josh Evans and Eddie Vedder during the mixing, they gave shape to the song birthed from that jam. Stone confirms strong influences from Bob Dylan and Bruce Springsteen.

It was one of the last songs recorded. It is made of few chords, like many of the best songs Eddie ever wrote such as Corduroy or Not For You. Stone likes the melody of the song, especially in the final part. He also thinks Eddie’s lyrics are very good.

According to Stone, every song that Matt Cameron brings to Pearl Jam is always a challenge for the rest of the band. Everybody was very excited about this song. Rehearsing for the postponed to 2021 tour was amazing and they can’t wait to play it live.

It is the only song entirely written by Stone, lyrics and music. The guitarist started writing it in the backstage of the Santiago 2018 Pearl Jam show. In that moment nobody was thinking about a new album, Stone didn’t even know if the song would fit in a new Pearl Jam album. He then decided to submit it to the band, to widen a bit of their musical horizons. The contributions of Eddie and Jeff have been vital to complete it. Stone added that if that was the last song he ever wrote for Pearl Jam he would be more than satisfied of it.

For Gossard, it is an honor to have a song like this on Gigaton because it is different from all the others so it makes the record more heterogeneous. He thinks that in twenty years Comes Then Goes will be one the fan’s favorites, he would be very surprised if that didn’t happen. For Gossard, this is the most powerful song of the record, even if it is only an acoustic guitar and voice song.

Retrograde is an instant classic for Gossard. He thinks it is the best song Mike McCready’s ever wrote. The band was very happy about how it sounded during tour rehearsals. Stone is sure it is a song that will never miss in the next Pearl Jam’s setlists.

Gossard thinks that this song is the perfect ending for Gigaton. He thinks that you can hear a very strong Bob Dylan influence in it, especially for the themes Eddie Vedder deals with.The guitarist also revealed listening to the original demo from 2017, recorded by Eddie with the pump organ, and falling in love with it. He immediately realized the potential of the song in a full band version. Gossard can’t wait to play it live because he thinks it will create a strong relationship between the band and the crowd.