Past April 13th was Record Store Day, a day to celebrate and support all independent record stores. 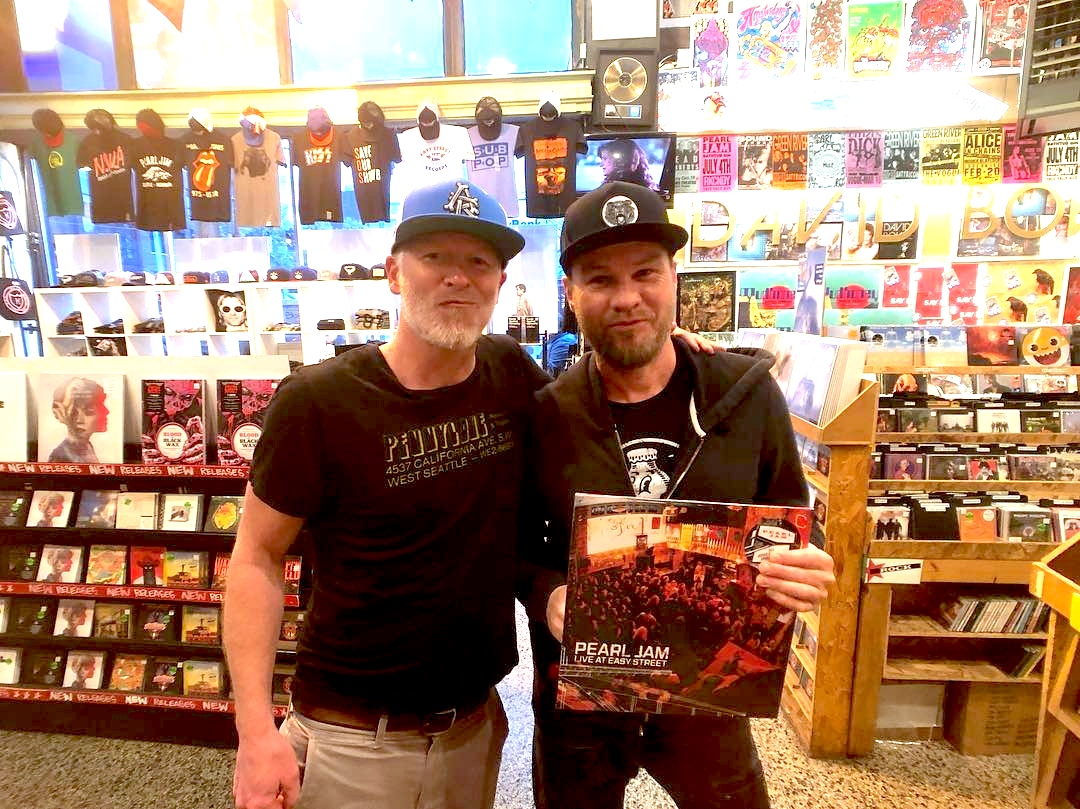 Early in the morning, Jeff Ament showed up at Easy Street Records in West Seattle offering donuts to people lining up waiting for the store to open, then he signed copies of Pearl Jam’s Live at Easy Street vinyl and hung out with fans for a bit.

In the evening he eventually played I Am Mine from Pearl Jam with New Indians.

Matt Cameron did his shopping at Silver Platters in Seattle, while Eddie Vedder and Boom were spotted at Hungy Ear Records in Honolulu (Hawaii).

Mike McCready was with Josh Klinghoffer, Chad Smith from Red Hot Chili Peppers and Eric Avery from Jane’s Addiction at Fingerprints Music in Long Beach. They played a T-Rex cover together.