Gigaton has bowed at No. 1 on the Billboard Rock Albums Chart this week.

According to udiscovermusic.com, Pearl Jam‘s new album has bowed at No. 1 on the Billboard Rock Albums Chart this week.

Internationally, Gigaton debuted at No. 1 in Italy and Austria, Top 5 in The Netherlands, Switzerland, Australia, Germany, Belgium, Norway, Canada, and Finland and Top 10 in UK, Ireland, and New Zealand. 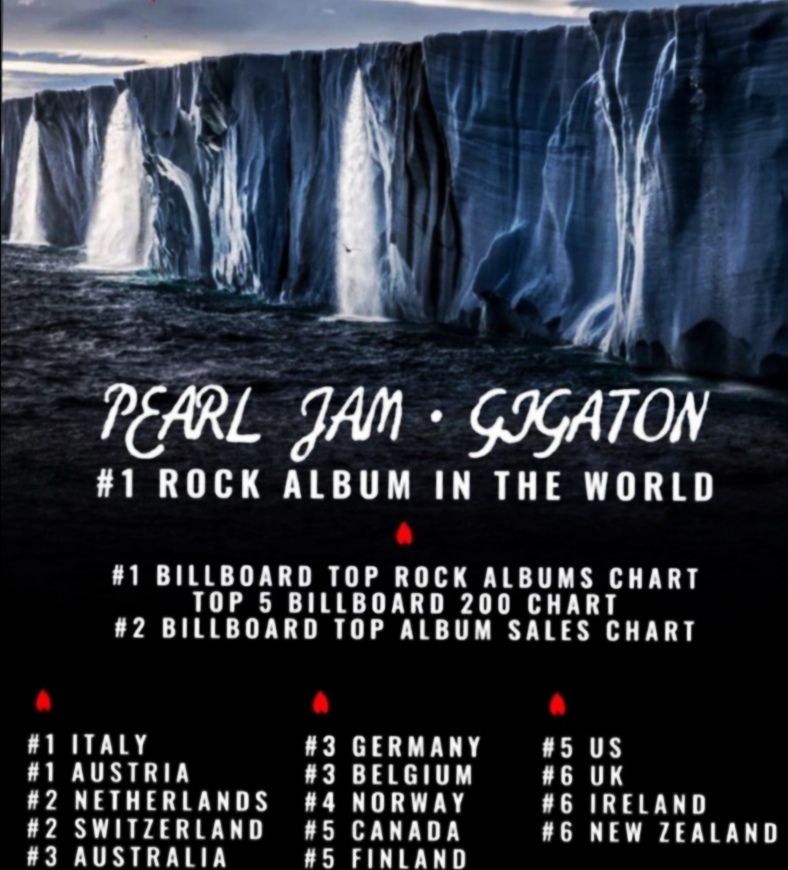