Gigaton Tour Edition is out today in a limited edition of 2LP/CD combo that can only be found in Independent Record Stores across the US, though members of the Pearl Jam Ten Club may order it as a standalone CD on pearljam.com (now the item is unfortunately sold out).

The tracks included in the exclusive live record were recorded last year during the performance of the band at The Ohana Fest in California and Sea.Hear.Now. Festival in New Jersey (except Comes Then Goes, not played live yet).

In this bonus CD, the tracklist is slightly different than the album version. Superblood Wolfmoon is the first track, Who Ever Said is in between Buckle Up & Retrograde. 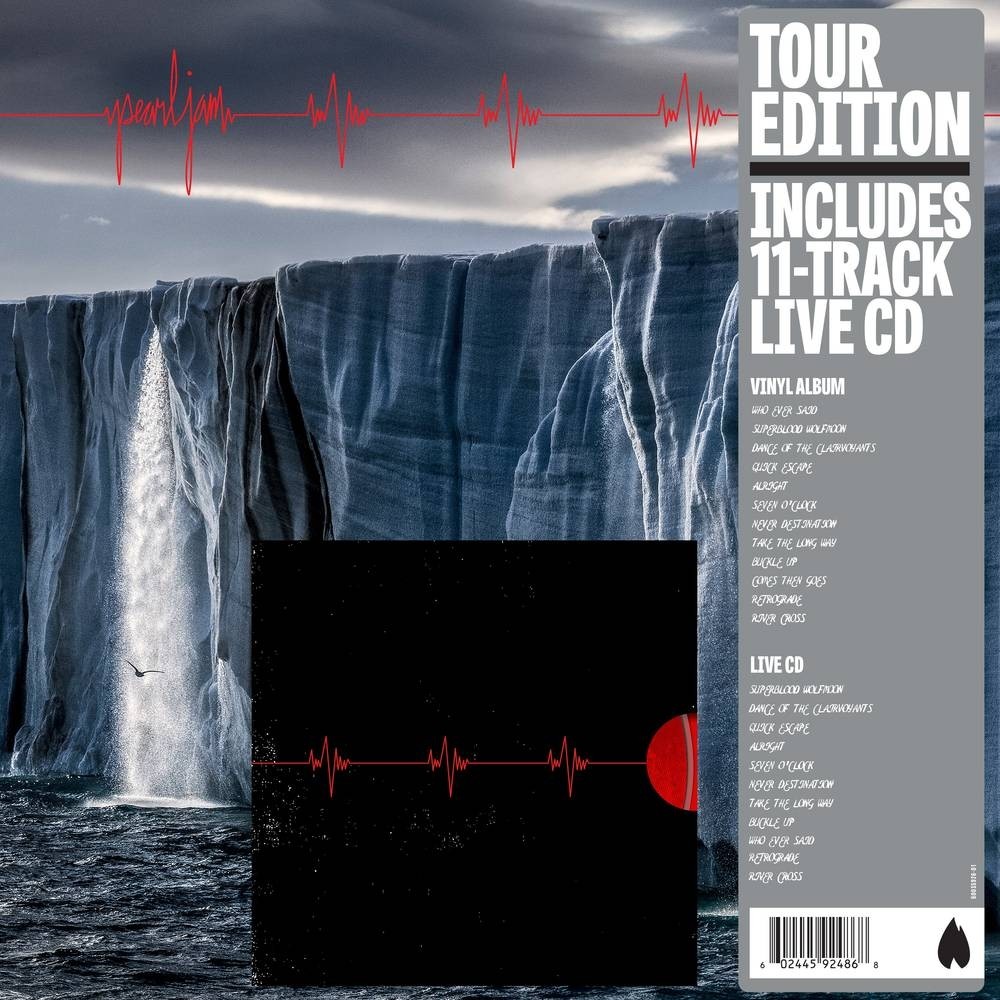