Pearl Jam have revealed the full tracklist of their new album via social networks.

The full tracklist for Gigaton is as follows:

Gigaton is already available for pre-order on CD and 2LP 150 gr. on pearljam.com. Dance Of The Clairvoyants, the first single from the upcoming album, will be released on January 22. 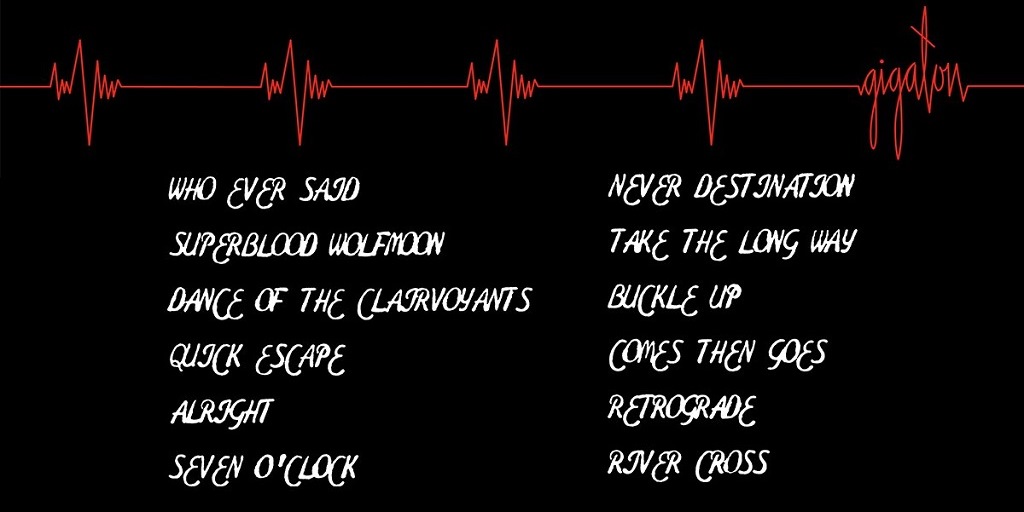