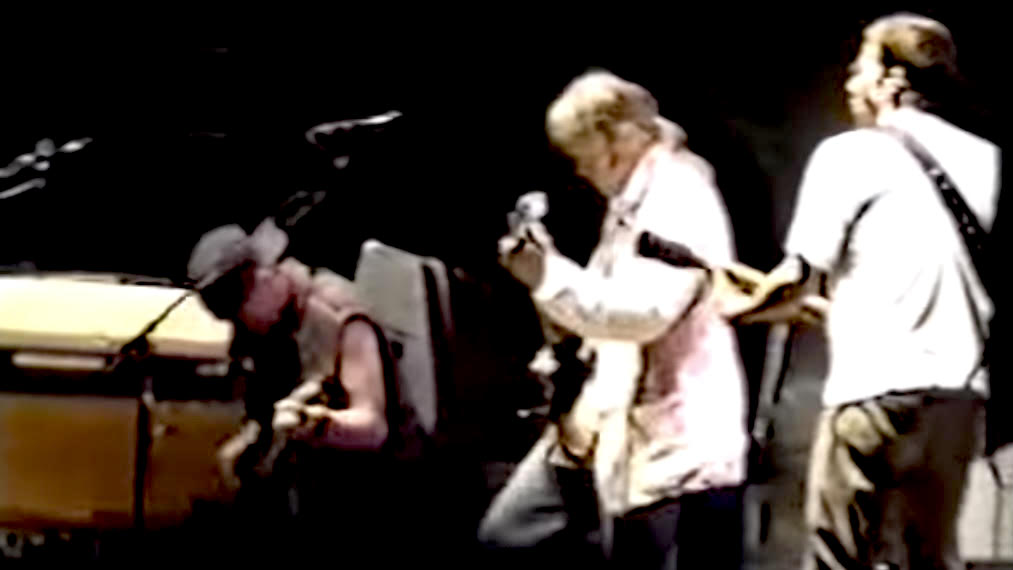 Neil Young Archives will publish during this year (fingers crossed!) a documentary directed by Jim Sheridan about a concert Neil Young played with Pearl Jam at the RDS Simmonscourt Pavillion in Dublin on August 26th 1995. A preview of this video, Throw Your Hatred Down clip, is available starting today at neilyoungarchives.com (update 3/1/21: unfortunately the video is no longer available).

Reprise Records that still releases Neil Young albums and Epic Records, Sony’s subsidiary that published Pearl Jam albums until 2003, never made arrangements and prohibited this release for more than 20 years.

Encore: Rockin’ in the Free World, Like a Hurricane