Josh Klinghoffer spoke with guitarworld.com about Pearl Jam’s next tour and much more. 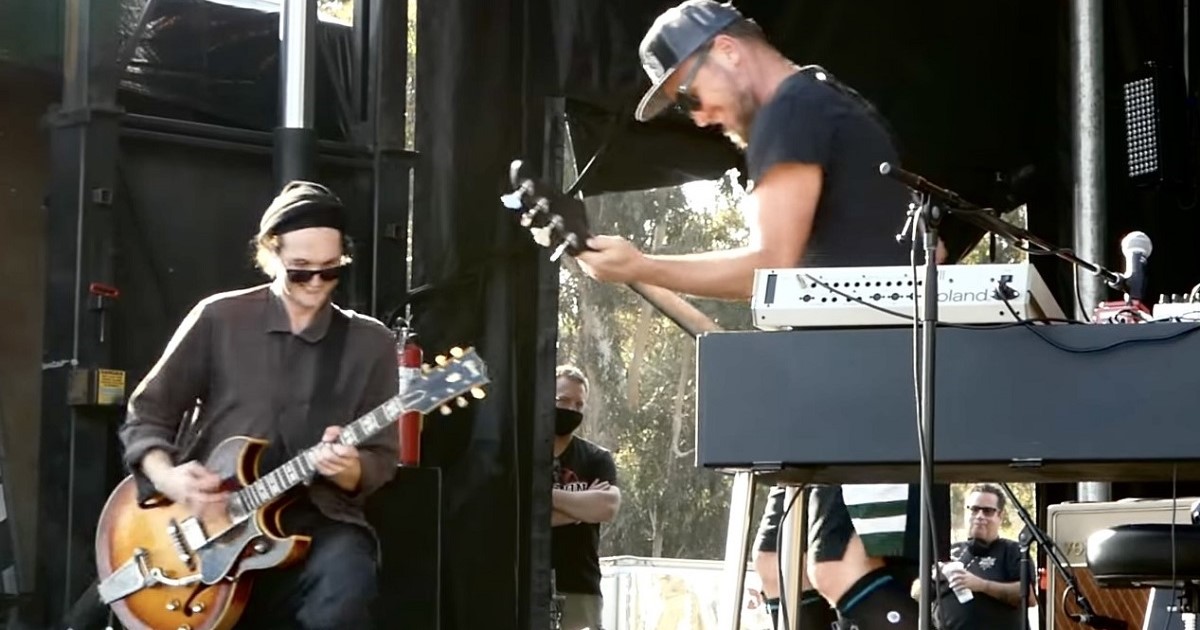 How did you get involved with Pearl Jam?

The Chili Peppers and Pearl Jam have a long, intertwined history. The Chili Peppers took Pearl Jam out on one of their first tours back in 1991. Jack Irons – the original drummer of the Chili Peppers – connected Eddie with Stone Gossard and Jeff Ament in Seattle. And then Jack Irons went on to become the drummer in Pearl Jam for a little bit. Basically, the Chili Peppers and Pearl Jam have just been close. At some point, we connected. It was 2016 that I really saw them more – we did the same festival in New Orleans. We became a little closer over time – did some gigs with Mike McCready for various charities, and Eddie came down and played the benefit fundraiser for Flea’s music school in Silverlake. When their new album was going to come out – right before the pandemic – they felt they needed a little bit of help. Predominantly with background vocals and a couple other things. So, they had offered me the position of opening their tour and they said, ‘Since you’re there, you can sing a couple of bits, play percussion. Anything that’s needed.’

Which songs do you play your guitar live with Pearl Jam?

I play on Superblood Wolfmoon, Seven O’Clock – and that’s the one song where four of us are holding guitars at one point. But I honestly don’t think Eddie plays until the latter verse – right before the final chorus. So, when he starts playing, we almost crisscross. There might be one chorus where there’s four guitars at once. But then the minute the last chorus is over and the outro begins, I hand my guitar to my tech. I could just hold it, but I feel like I want there to be one less guitar. So then I just sing from that point on. I might be forgetting one, but I know I do a little part in In My Tree.

How long do you plan to tour with Pearl Jam?

I’m trying to make as much music as possible under my own little solo moniker. and then whatever Pearl Jam has on the calendar. For the foreseeable future I’ll be with them, since it’s still in support of the Gigaton album. I’m by no means a member of Pearl Jam, but I’m definitely committed to touring this next cycle. They’ve been so welcoming, and they’re totally conscious and supportive of my music and my solo work.

You can read the full interview with Josh Klinghoffer at guitarworld.com.