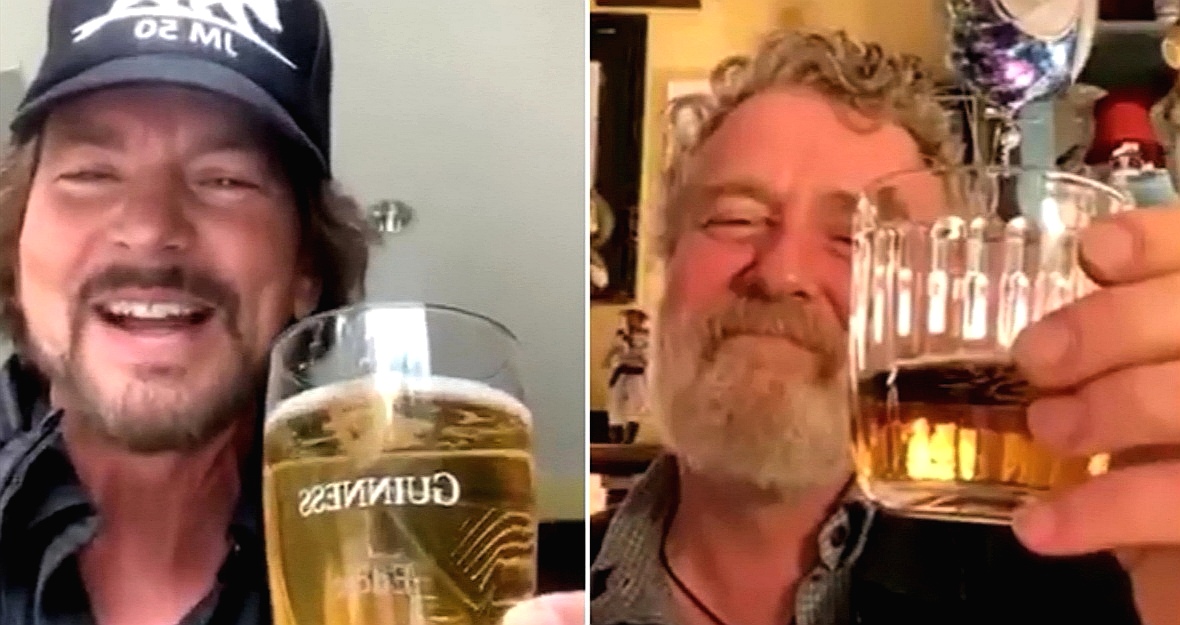 There have been lots of beer and laughs. The two spoke about these hard times, about their mums (who are both fine), about their strong friendship and mentioned the Gravediggers pub in Dublin (they have been there together in 2017 before the 3Arena show).

Eddie also dedicated to Glen a long poem he wrote the same afternoon on his typewriter.

Below is the full video.