A mural depicting 16 orcas has been painted by artist Wyland on a wall of the Seattle Edgewater Hotel (photos by Wyland). 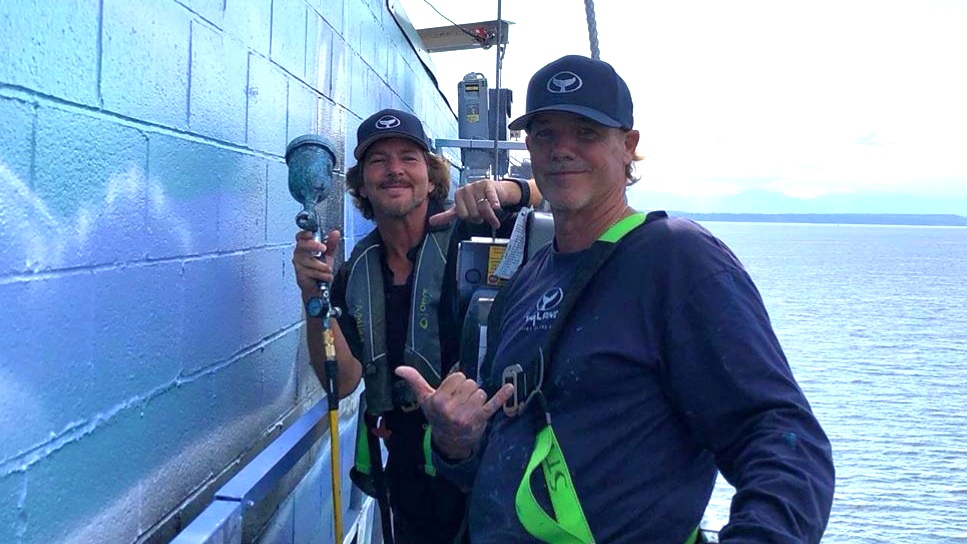 The artist being Eddie Vedder’s friend and neighbor on the North Shore of Oahu, Hawaii, asked the Pearl Jam singer to join him and help him not only painting the wall but also raising awareness about the fragility of the marine ecosystem. Wayland is the founder of a 10-year outreach program – The Wyland World Water Pledge – to inspire and engage every person on earth about the sustainable use of the planet’s oceans and marine life.

Eddie had to climb a 55 feet scaffolding placed over the water but seemed unimpressed and commented: “I’ve done it a few times,” referring to the times he climbed the walls of The Moore Theater and the numerous times he climbed the stage scaffoldings during shows, like the well-known 1992’s “Drop in the Park” show at Magnuson Park. 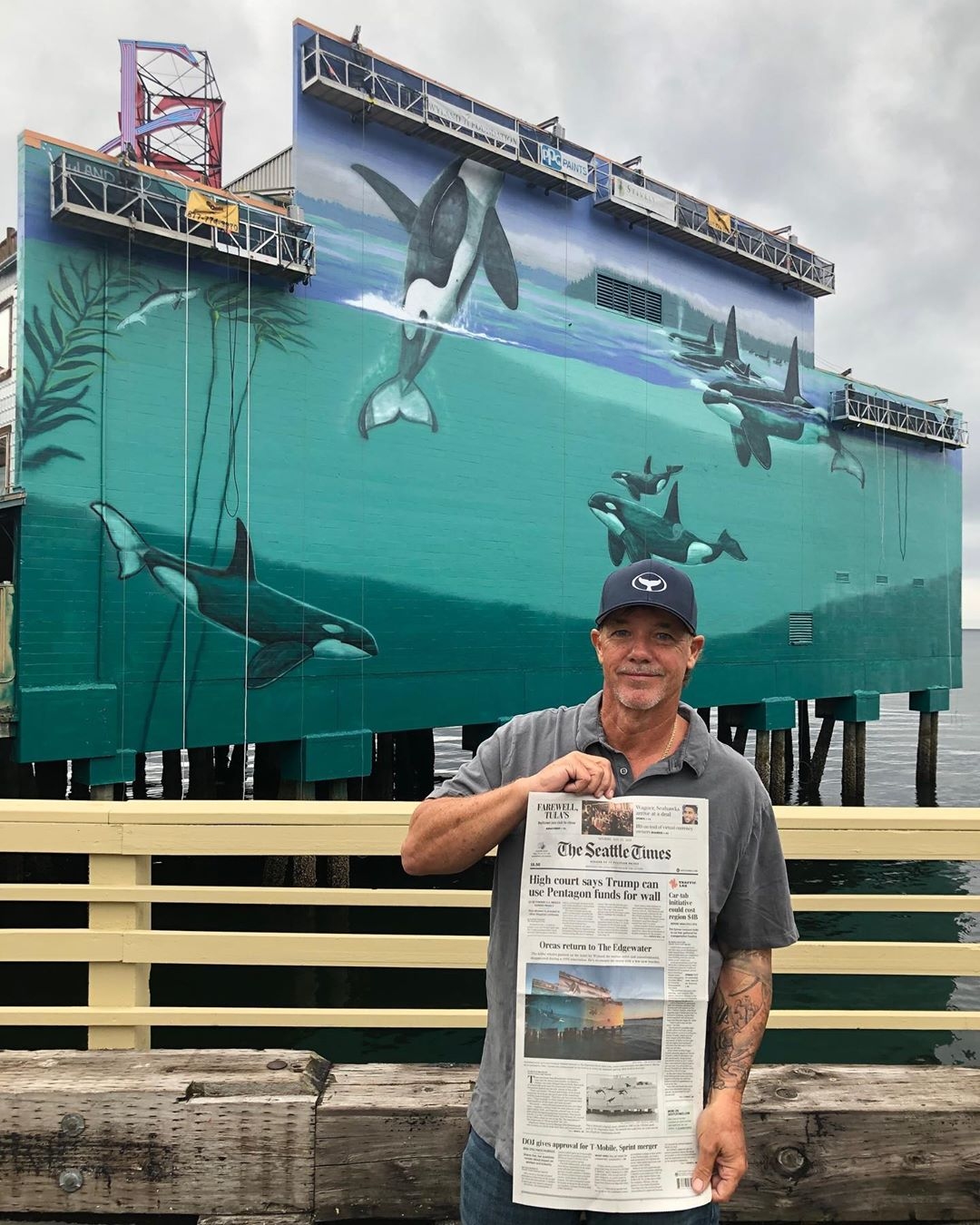 According to The Seattletimes, the mural was painted for free over three days and it also features a “V-Pod” — four orcas named for Pearl Jam lead singer Eddie Vedder, his wife and two daughters.

“I didn’t know how cool an adventure it would be,” Vedder said. “I would do it again in a heartbeat. Anything that can remind people of natural beauty, and the fragility of it. That might be longer than the health of our oceans.” “This mural is a reminder that these beautiful whales are threatened by one species,” Wyland said. “And that’s us.”