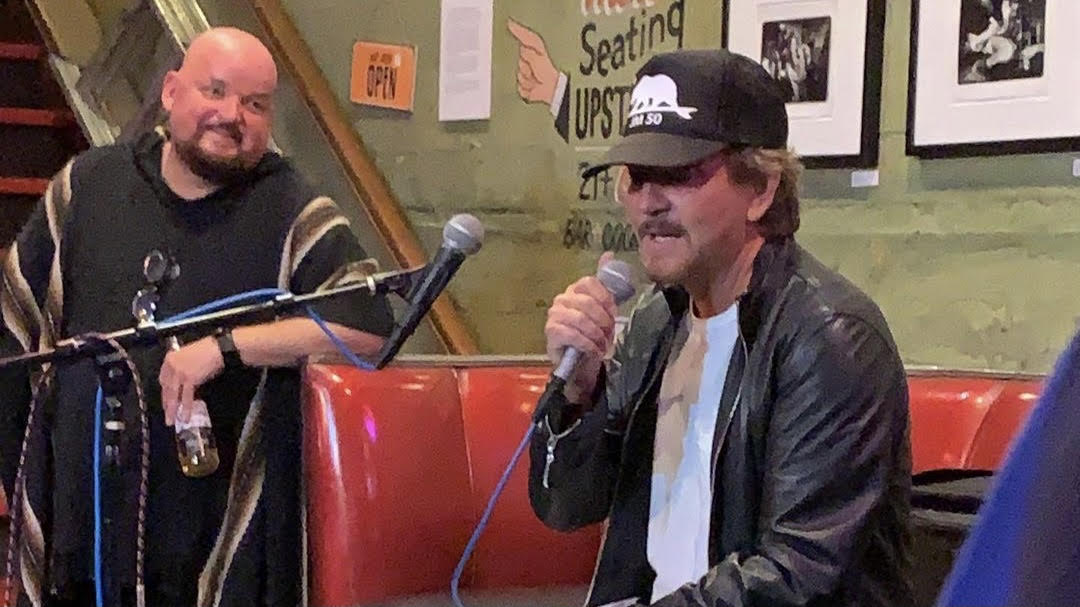 Alain Johannes is a Chilean-American multi-instrumentalist and vocalist, and a founding member of several bands, including the alternative rock group Eleven, and has been involved with acts such as Queens of the Stone Age, Them Crooked Vultures, PJ Harvey, Chris Cornell, Arctic Monkeys, and Mark Lanegan, both as a musician and as a producer.

Some days after the Easy Street Records show, Alain Johannes jammed with Matt Cameron at the London Bridge Studio in Seattle.

Watch the Vedder’s introduction to Johannes clip below.