Eddie Vedder to perform at Leslie Jordan tribute concert while Matt Cameron will play in Seattle this month. 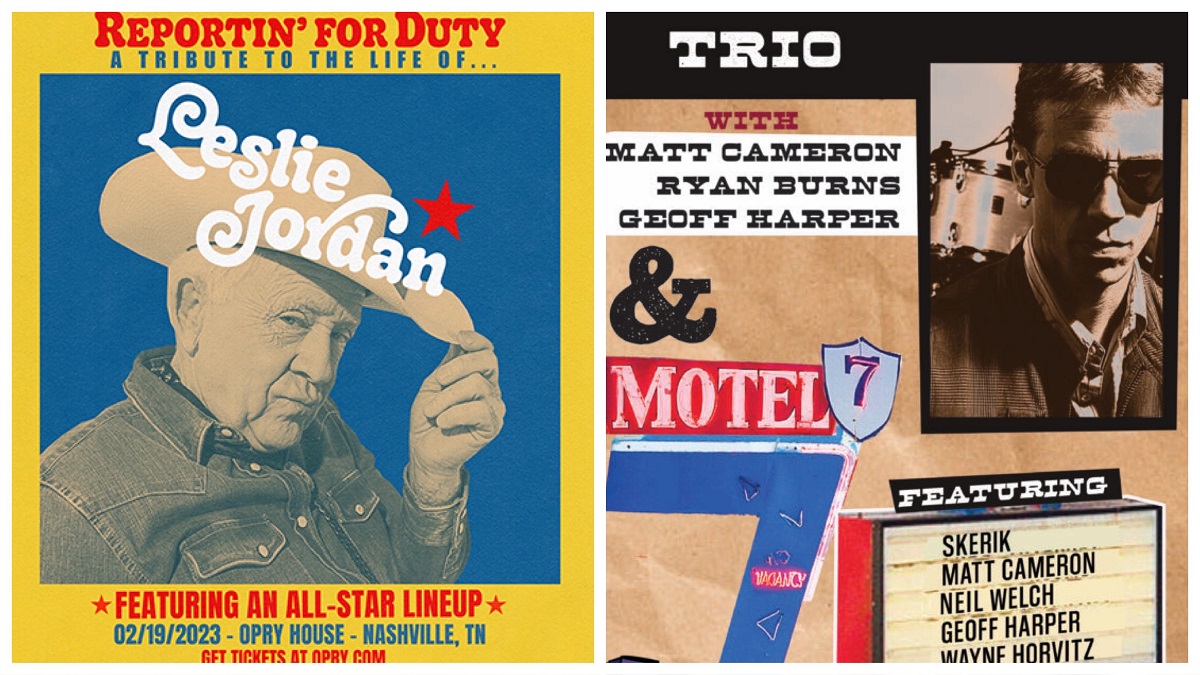 Friends of the late Leslie Jordan announce Reportin’ for Duty: A Tribute to Leslie Jordan, taking place February 19 at the Grand Ole Opry House in Nashville. The evening will celebrate Leslie’s life with his friends Eddie Vedder, Billy Strings, Jim Parsons, Margaret Cho, and many others with special musical performances, intimate storytelling, and insights from Leslie’s life.

Leslie Jordan died in car accident last October at age 67. In addition to his work on Will & Grace & American Horror Story, Jordan released Company’s Comin’ two years ago which featured Eddie Vedder on the track The One Who Hideth Me.

Tickets go on sale this Friday, all proceeds from the event will go towards EB Research Partnership to treat and cure Epidermolysis Bullosa.

This month, Matt Cameron will be revisiting the side-project Harrybu McCage, with keyboardist Ryan Burns and bassist Geoff Harper.

Matt will also be performing with “Motel 7” featuring Skerik, Neil Welch, Geoff Harper, and Wayne Horvitz at The Royal Room in Seattle on Thursday, January 19th at 7:30 PM. Tickets are on sale now: strangertickets.com

Last but not least, Mike McCready remembered the great Jeff Beck, who passed away last Tuesday at the age of 78, while on his Instagram Jeff Ament wrote a message in memory of Greg Kucera, who passed away on January 10, 2023.

Saddened to hear Jeff Beck has passed away. I was lucky to see him once and I stood in awe of his genius. Thank you, Jeff, for being amazing to us guitar players… pic.twitter.com/f680ldCgQ5