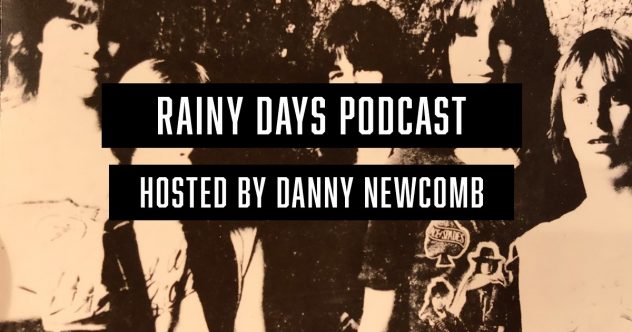 Maybe it is the 6 months of rainy season driving bands into basements and garages or maybe its because Seattle is geographically isolated from any other major city, or maybe it is the city’s legacy of gritty upstarts dating back to the gold rush, whatever it is, Seattle has always been the birthplace history making. Growing up in Seattle, Danny Newcomb has witnessed and participated in a lot of it.

A natural storyteller and conversationalist, hosting a podcast interviewing Seattle’s music makers from the past and present is a natural fit for a pandemic project from Newcomb. His story starts with a cheap acoustic guitar in a bedroom in the Seattle neighborhood of Laurelhurst, once a working class suburb, learning and honing his skills, writing songs and building the backend of his iconic electric guitar playing that later led him to play with great bands over the arc of his musical adventuring that includes Shadow, Goodness, and The Rockfords before launching his solo career under his own name.

“Rainy days podcast is a platform to talk about the Seattle music community, both past and present, a topic I live and love. Rainy Days gives me an opportunity to cut it up with musicians and industry people I admire, I’ve worked with, grown up with, and some that I’ve just discovered through this project. It’s important history to preserve and I have to admit is a great way to pass the time in a global pandemic” said Newcomb about his inspiration for the podcast.

Kicking off the series, Rainy Days episode one features a conversation between friends of 40 years, Danny Newcomb and Pearl Jam’s Mike McCready. They reminisce about their first guitars, first bands, first shows, and show never before seen photos from their personal collections. In episode two Newcomb catches up with Matt Vaughn, longtime friend and owner of Easy Street Records about how he’s managed to not only survive but thrive on vinyl, a format being predicted to die since the 90s. Later episodes include conversations with Heart’s Nancy Wilson, Sleater-Kinney producer John Goodmanson, and many more. After each episode listeners can head to The Homestead, Newcomb’s members only site for bonus clips and content.

Episode one featuring Mike Mcready launches today wherever you listen to podcasts and can also be found in video format at dannynewcombmusic.com/rainy-days-podcast.