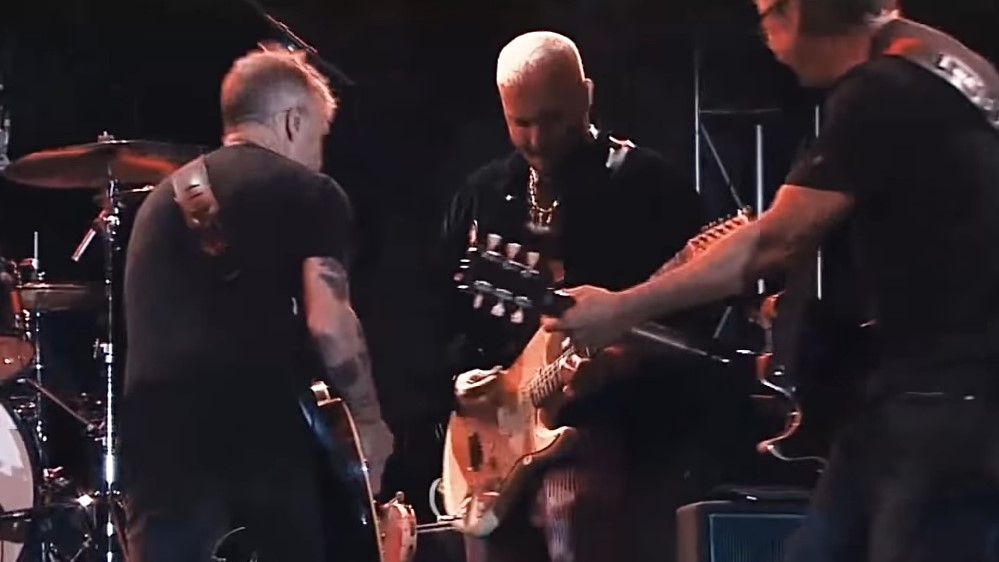 “It’s almost too much for me to talk about. I was born in 1990 and my brother was born in ’85, so all we listened to growing up was Pearl Jam and the Chili Peppers. If I admitted to you how many Pearl Jam concerts I’ve been to, it probably wouldn’t be good for anything. But I used to go to Pearl Jam concerts with a sign that said, “Let me play the guitar solo to ‘Alive,’” and I found myself onstage at the Ohana Festival playing the guitar solo to “Alive” with Pearl Jam. So it’s just an actual full-circle, unbelievable moment that I feel like I’ve been ready for my whole life. It’s not supposed to happen like that — you’re not supposed to have those posters on your wall and be in the position where you’re creating with those people.

We just had the most amazing experience. I’ve known Ed for about 10 years, and we kept in touch and started making music together, and Chad and Josh from the Peppers were very involved. We just had a ball together, laughing and hanging out, popping beers and making the kind of music that we all love. I’m so excited for everyone to hear it. We’re just finishing up the mixes and stuff, and I’m just really excited. I don’t want to say too much besides, just to hear his voice in front of me, and get to play guitar and bass under that? It’s like a celebration.” – Andrew Watt

Andrew Watt & Eddie Vedder joined Elton John and a whole lot of other big-name artists on the ultimate Zoom call. You can watch the full video below.