Luca from PearlJamOnline.it speaks to Todd Fleischman & Greg Gilmore about The Living and their album 1982, Loosegroove Records & Stone Gossard, the Seattle punk rock scene of the early 80’s, 10 Minute Warning, Mother Love Bone and much more. 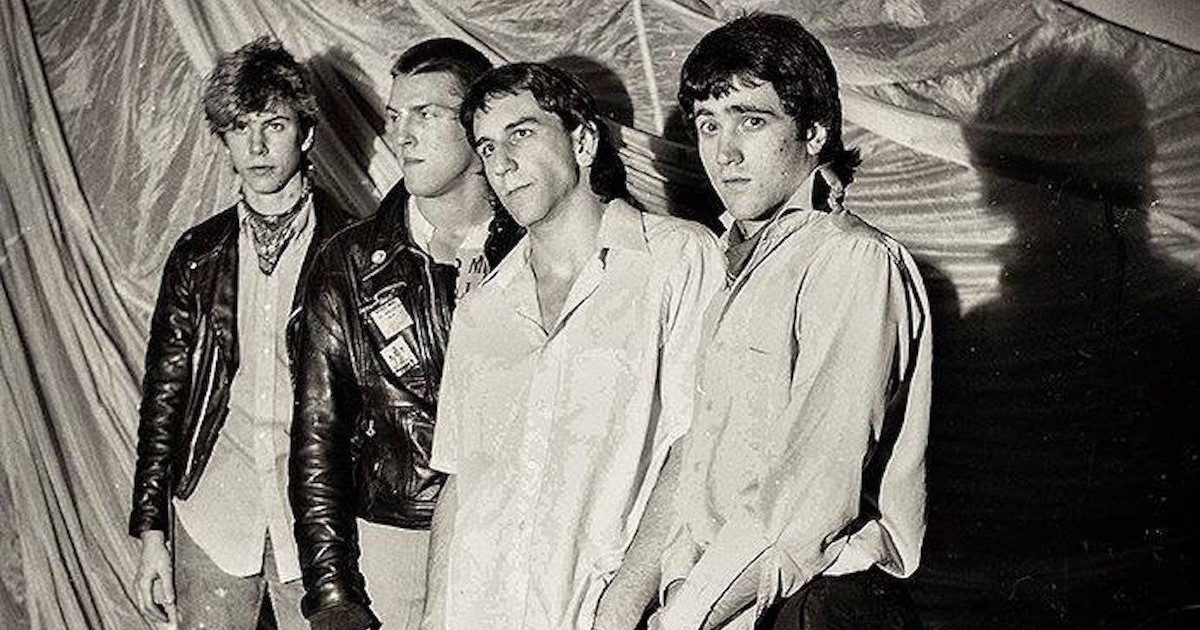 Before Duff McKagan joined Guns N’ Roses and Greg Gilmore became part of Mother Love Bone, they were The Living, a punk rock band formed by Duff, Greg, John Conte playing guitars and Todd Fleischmann playing the bass. The band recorded an album during the summer of 1982, the tracklist was made of seven songs, all written by Duff McKagan, but it never got published. After almost 40 years, the album, titled 1982, is finally available today via Loosegroove Records, Stone Gossard & Regan Hagar record company.

“The fact that Duff McKagan, Greg Gilmore, Todd Fleischman, and John Conte created these fully realised songs in 1982 gives credence to the idea that this band – The Living – are ground zero for the Seattle sound.” – Stone Gossard 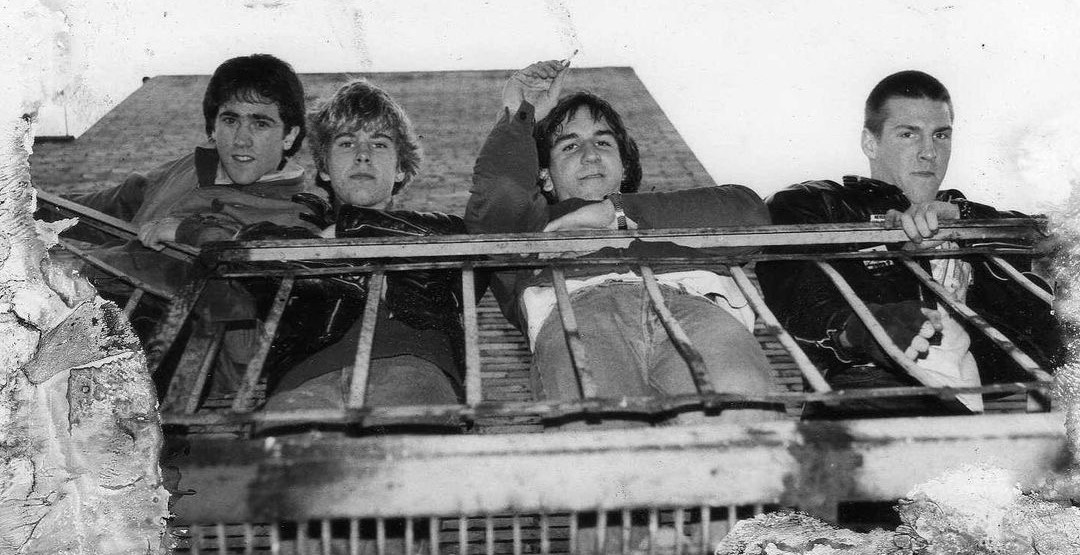 Below is our interview with Todd Fleischman and Greg Gilmore, the bassist and the drummer of The Living.

Hi Todd, hi Greg. It is an honor for us to have a chat with you. It’s been a while since The Living existed… luckily Stone Gossard has decided to release your songs on a record, titled 1982, which is available today on his record label, Loosegroove Records.

Greg, you’ve been keeping The Living songs in a drawer for years. What made you want to play them to Stone?

Greg: There have been three previous attempts to make a record from these old recordings. The first was about 8 or so years ago. But those deals did not work out. About 2 years ago I met up with Stone for lunch. When he asked what I had been doing I told him about this record that had not yet become a record. He wanted to hear it. He liked it. Eventually he and Regan (Hagar – Brad/Satchel drummer and Loosergroove Records co-founder) decided to take on the project. I’m glad they did. It’s been very good working with them.

I think it’s important that a record like 1982 is finally released. It is especially important for the Seattle punk rock scene of the early 80’s, which started with the Fartz and went through you to The Blackouts. What memories do you have of that scene?

Greg: My memories of that time are fragmented. There were many good bands and a lot of interesting music being made. You mention The Blackouts – such a great band! They were leaving for Boston at about that time, I think. By 1983 or so the scene here was really flourishing.

Todd: I started to listen to some punk rock music in 1978, but when I saw the Clash in ’79 at the Paramount that changed me forever! Duff and Chris were already well known, they had a band called the Veins with Andy Fortier. I thought these guys were cool. I started hanging out Duff and Eddie Huletz of the Silly Killers. We were all too young to go to bars, but would sneak into the Gorilla Room or just hang out on the Ave in the U-District. In the early 80s there wasn’t a lot of places of play so you’d have to rent out a hall or play at someone’s house. Bands like the Fartz, Refuzors, and The Fastbacks were older, so they could play in the bars. As the scene got bigger there were more places to play.

What memories do you have of your friendship with Duff McKagan and John Conte? Are you still friends?

Todd: I’ve know Duff for a long time, from Little League sports to high school. It’s because of Duff that I started playing bass. He’s still my friend, even though really don’t see much of each other but still talk.  As for John, I met him through the band. We’re still tight, but you get busy with your own lives.

Greg: We are still friends. I’ve been working most closely with Duff and Todd on getting this record out.  They were great friends then and now. I owe them both a lot. Everything in Seattle for me began when I joined The Living.

Todd, seminal records for American punk and hardcore were released in 1982 such as Walk Among Us by Misfits and Plastic Surgery Disasters by Dead Kennedys. In the music of The Living I felt not only American influences, but also something more English, something that reminded me of Damned. What were your influences? 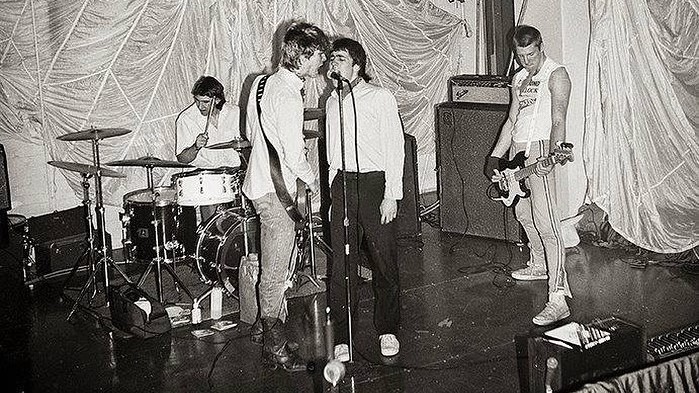 Todd, Stone recalled a while ago that backstage at a Seattle concert by The Living, he was high and was slapped by you. What memories do you have of that moment? Pure Seattle Punk Rock!

Todd: Actually, I hit him (knocked him out) at a house party. He was high, and he’ll even admit, that the hit was asked for! 🙂

Greg, there is this pandemic that has been blocking a lot of things for a long time. If it hadn’t been there, do you think The Living could have played any concerts in this moment? Just to celebrate the release of this record…

Greg: I can pretty well guarantee that there would not have been and there will not be any performances by this band.

Greg, after The Living you formed the seminals 10 Minute Warning with Duff McKagan. In 1998 you recorded your debut album for Sub Pop, which sounds so damn good even after twenty years. What memories do you have of that experience?

Greg: Well, a lot happened in the years between the old 10 Minute Warning and later when we made that record! The old band is mostly a blur in my memory. We played a lot of really great shows. We played with the Dead Kennedys and Black Flag – fantastic. Later, when we made the Sub Pop record the band was a bit different. It was very good but short lived because everyone had other projects and life commitments. I’m glad that we finally did make a record after so many years.

Then there were Mother Love Bone. Any particular memories of that experience?

Greg: That was a whirlwind. Everything happened real fast for that band. I loved it all. Those guys were all a lot of fun to work with. And Andy in particular, was such a character. There will never be another like him.

Todd, are there any chances that The Living will record something in the near future?

Todd: I’m not speaking for anyone else… but “never say never”.

Greg: There is most likely no chance of doing that. I can’t even imagine it.

It was a real pleasure to interview you. I hope this period ends as soon as possible and to see you live soon.