While Pearl Jam announced yesterday a massive North American Tour, the band keeps on working on their next studio album. 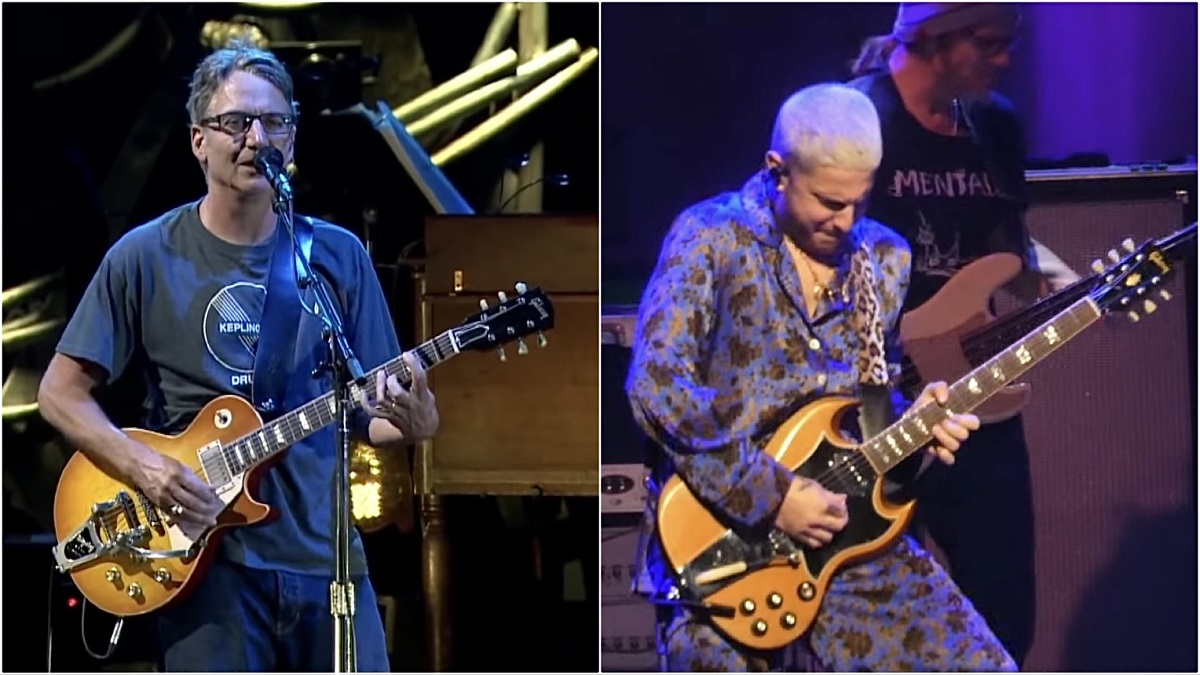 Between upcoming tours between North America and Europe, the band will continue working on the still untitled follow-up to Gigaton together with 2020 Grammy producer of the year Andrew Watt. Watt produced Eddie Vedder new studio album, Earthling, and is also part Ed’s live band, The Earthlings.

“We’ve recorded a little bit with him, so we’ve got some things going already, and they’re killer,” Stone Gossard reveals at SPIN. “We’re psyched. Andrew is a total character. Really, like immediately, we were writing quickly. Spontaneously. Bring in a riff. Let’s knock it out. Matt Cameron is playing his ass off. We didn’t bring any gear down. We were just doing some recording in Andrew’s basement in Beverly Hills, basically. So far, so good.”

“Andrew knows how to play all of our songs better than we do, and knows the catalog,” according to Gossard. “He’s known for some of his pop hits, which I personally love, but he really is a great musician and he knows the band well enough to know when we’re hitting something. His perspective has been great. I hope we continue with that process. It’s been fruitful, everything that we’ve done so far. We’ll see how long it takes to finish it off.”

Watch below a clip of Rockin’ in the Free World played last year at the Ohana Festival by Pearl Jam with Andrew Watt.