From Nothingman‘s demo recorded with Jeff Ament and Eddie Vedder in 1993 to the three concerts played with the group in 2022: this is Richard Stuverud‘s journey with Pearl Jam.

If the friendship between Richard Stuverud and Jeff Ament dates back to the early 80s (Richard told us about it eleven years ago in an interview you can find here), Stuverud’s story with Pearl Jam begins with a demo of Nothingman recorded in 1993 with Jeff Ament and Eddie Vedder (you can find it in the bonus tracks of the legacy edition of Vitalogy released in 2011).

The story continues with Stuverud’s participation in all of Jeff Ament’s solo records and the various side projects of Pearl Jam bassist Three Fish, Tres Mts. and RNDM, and arrives at the three concerts he played with the group in Oakland and Fresno in 2022 as a replacement for Matt Cameron, absent because he was positive for COVID-19.

In this article we retrace these three legendary Pearl Jam concerts with the personal testimonies of Richard Stuverud, several photos and some videos taken from these shows and with an introduction written exclusively for our site by Richard.

The beat goes on.

FIRST WE TOOK AND AEROPLANE, THEN A BOAT TO ZANZIBAR

A BRIEF MOMENT OF TIME WITH PEARL JAM

When I received a text from Jeff Ament, asking how many Pearl Jam songs I knew, I had a feeling something was up with the band. And when he confirmed that the band was down a drummer, everything felt suspended. The feeling of weightlessness began to take over me.

When I was asked to perform the next few shows, my heart jumped out of my chest in double time! I quickly revisited the details of the songs I was familiar with as well as dialing in on two new songs from Gigaton per Jeff’s request.

The rest of the story is difficult to put into words as life was becoming more and more surreal. In all my years of performing, the first night at the Oakland Arena was hands down the most epic experience I’ve ever had as a musician! I’m rocking 20,000 with Pearl Jam right now!

At the same time in the back of my mind I also thought of Matt and this unfortunate situation that had also unfolded into an opportunity. A bizzarre series of events that catapulted many emotions surfacing all at once. It was an absolute honor to jump in to help the shows move along. The band was grateful and it was great to get Matt’s blessing in the process.

It was a nice reunion of sorts, as I hadn’t seen the guys up close and personal in awhile. Continuing on and to be included in sharing the mighty drum throne with two other great drummers in Josh Klinghoffer and Dave Krusen for the remaining shows was another great opportunity to be a team. This moment in time recalibrated my sense of defying gravity. A primal sense of being as a drummer.

This band is absolutely incredible on stage! They bring out the best in you. I believe at one point I was having an outer body experience performing every single song I was assigned to as well as one of my all time favorite Who numbers, Baba O’Riley!

I will never forget the smiles coming back at me from the band. Eddie Vedder up with me on the drum riser! All smiles! My face still hurts from smiling. And I must say I will also never forget so many smiles beaming back from so many incredible PJ fans! I am beyond grateful to have had the opportunity to bring everything I had to this sacred stage with Pearl Jam. I am so happy I got to bend a little space sound continuum with them.

A moment I will never forget!

Encore: Hide Your Love Away (Beatles), Better Man/ Save It For Later (The English Beat), Lukin, Animal, Alive, Baba O’Riley (The Who), Yellow Ledbetter 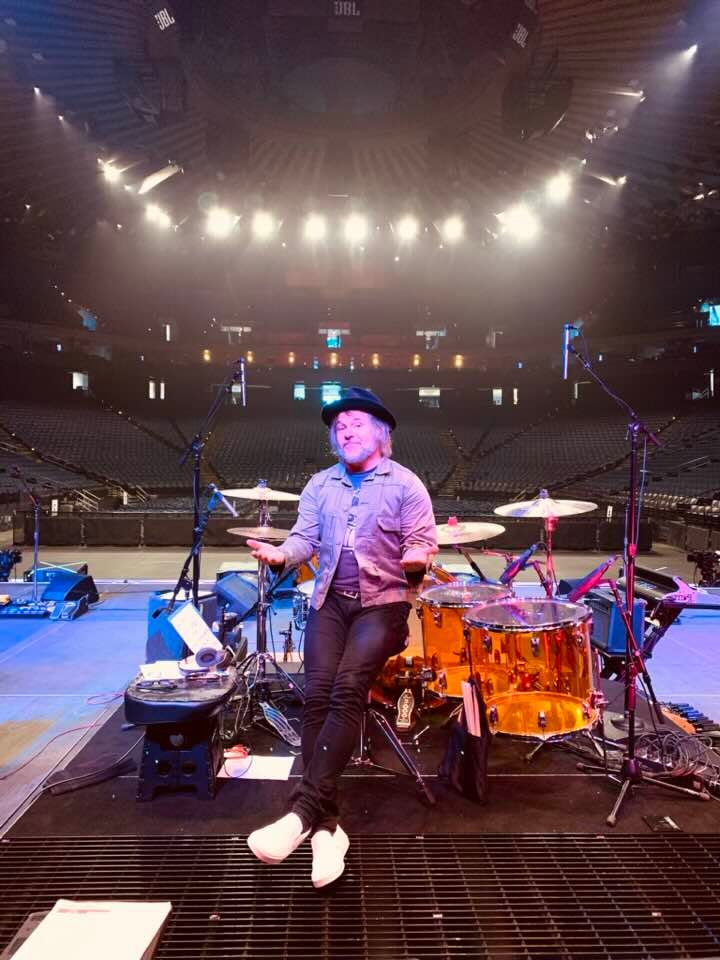 “It’s difficult to put into words what happened last night as life became incredibly surreal. In all my years of playing drums, playing last nights show for Pearl Jam was the most epic experience I’ve ever had as a musician!

I am indeed so incredibly grateful! And just to think I get to do that again tonight!

Cheers to Matt for a speedy recovery and a big thank you for your blessing. It’s an honor to step in and deliver the goods. Ok, I am rock ready to keep the rock rolling…with unexplainable primal drumming energy of pure bliss. I live for this!” – Richard Stuverud

“The primal essence of being!

This band was absolutely fucking outrageous on stage! It sounded so god damn good up there, it brings things out in people Like outer body kind of things. Such an incredibly bizarre situation that unfolded into an amazing opportunity to help fill in.

I’m so glad I got to bend a little space sound continuum with them. Ed & Mike & the Viking.” – Richard Stuverud 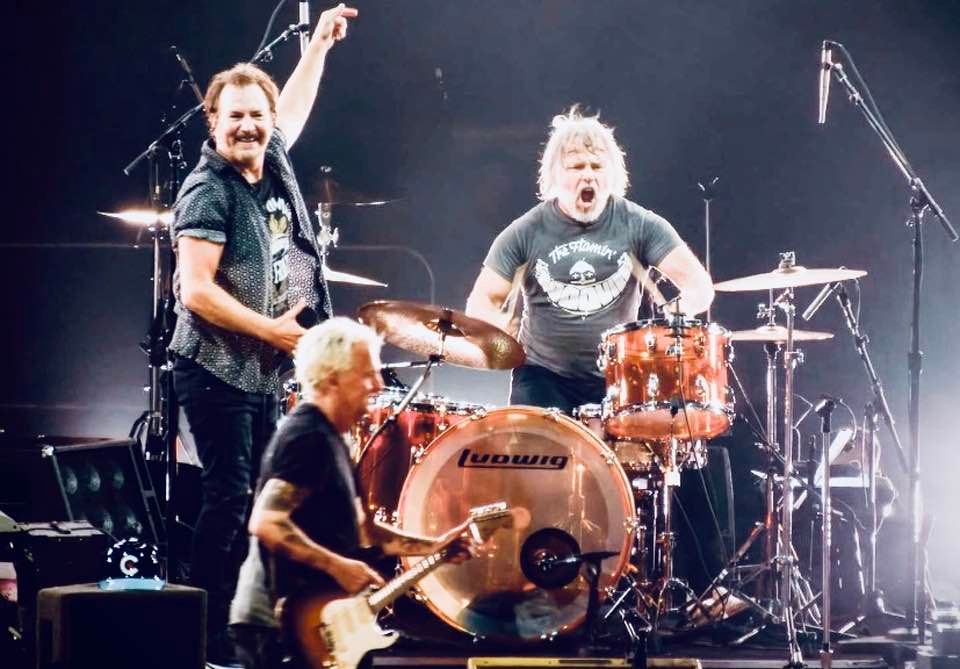 “Sustainable focus from the alchemist of all things creative!

My brother in rhythm in this section of life!
My gratitude extends beyond perception for this magnificent human being!” – Richard Stuverud 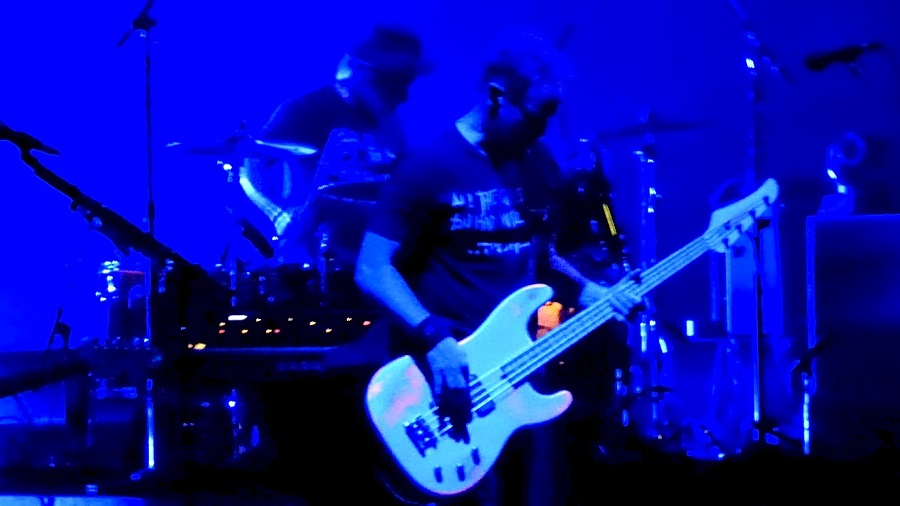 It has been an honor to be able to sit at the mighty drum throne along with my drumming brothers Josh and Dave to help these particular Pearl Jam shows move along.

Matt’s drumming is impeccable with mighty fine tastefulness at every corner of every song! I hope for a speedy recovery.

And most importantly, I am sending Matt nothing but compassion and love on a day that happens to be a heavy day of remembrance.” – Richard Stuverud

“When the house lights come on… it’s on!!! McCready right before Baba O’Riley, looks at me and says- “Keith Moon the shit out of this one!” Ok!!!… 1,2,3,4! Mike is solid fire on stage! The whole band is incredible!

I’ve played this Who classic plenty times in my days, but never ever like this!
Absolutely outrageous feeling to be on stage with this band!” – Richard Stuverud

“I’m starting the day with a shout out to my drummer brothers on this rock n roll ride!

First up: Josh Klinghoffer! I fucking love this man!

Pure essence of talent from every atom of his being!

Glad to share some PJ drums with the dude to my right.” – Richard Stuverud 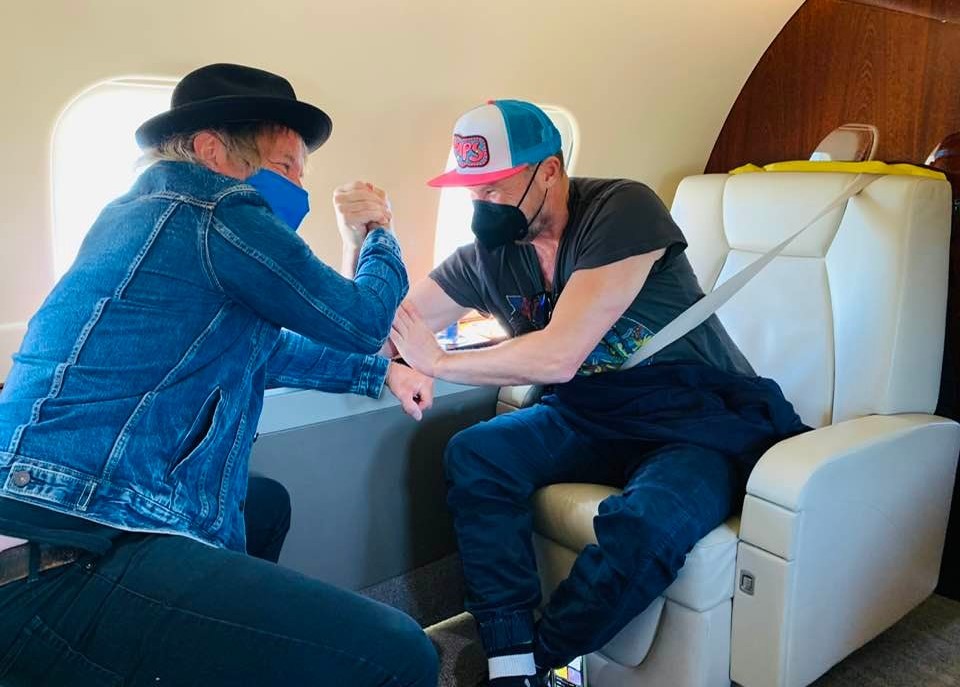 It was a tie. This week’s journey has been one hell of a wild ride.

JA and I are self quarantining at the moment.

I’m still testing negative, but isolating to be on the safe side. Sending Ament some healing vibes.

When he comes out of this it’s round 2.” – Richard Stuverud

“And then to my left, there’s Stone Gossard.

The mad scientist behind the feel. His sense of rhythm is impeccable. That serious look with a percolating smile.

Stone is the foundation that gives one comfort on a stage of this size. His ability to lock in with the drums is brilliant masonry.” – Richard Stuverud 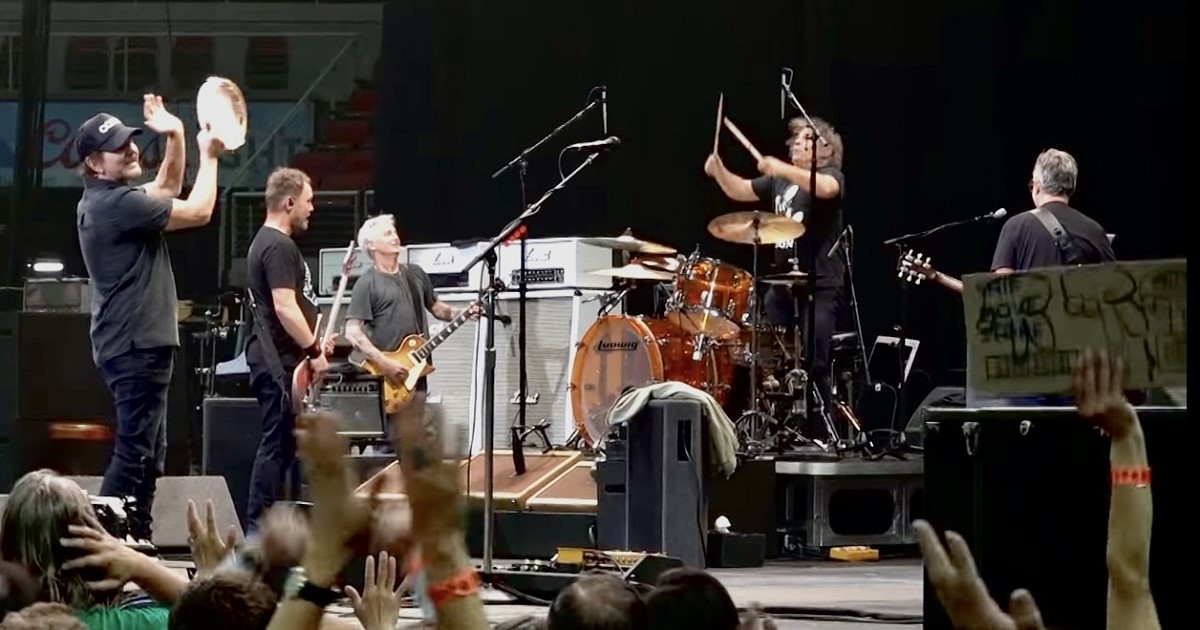 “The pure electricity of a moment in time that recalibrated my sense of defying gravity. Thank you Pearl Jam for an incredible experience that I will never forget! The circumstances withstanding. Here’s to everyone’s health in the band, this great production team and organization!

“The full circle of being in the studio when this song was written, recording a demo of it and then performing it 29 years later for 20,000 people is beyond me! Life is a circle. It’s nice to be around.” – Richard Stuverud