August 8, 2018 Seattle show will be available on streaming on Nugs starting September 4th 2020. 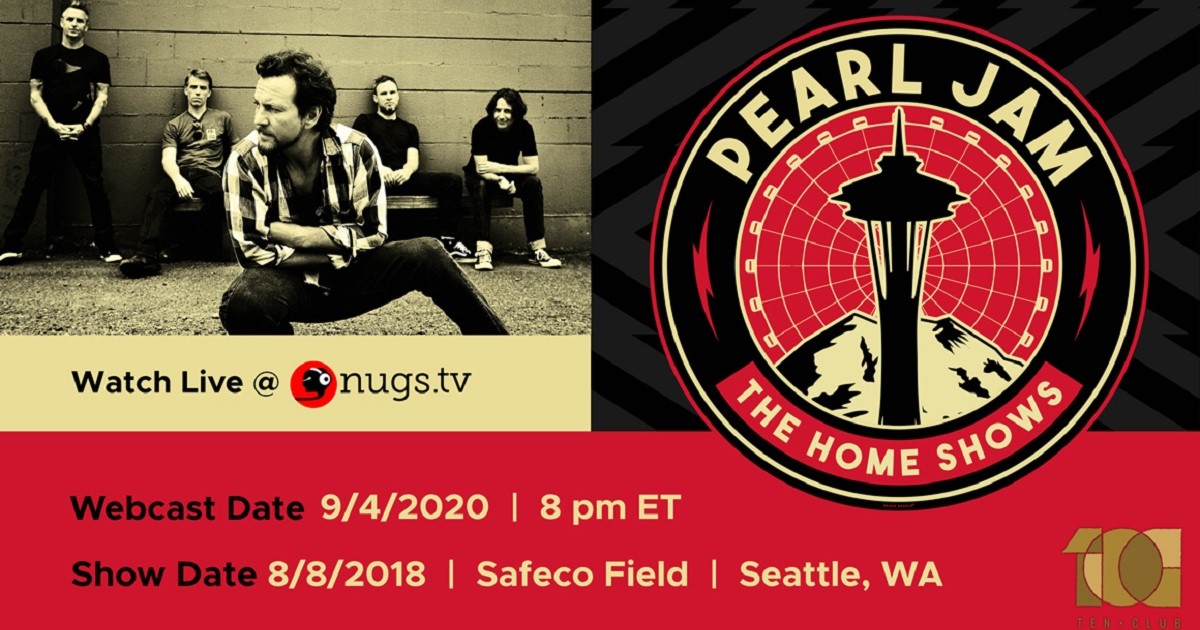 From 09/04 to 09/07, the show Pearl Jam played at Safeco Field in Seattle on August 8 2018 will be available for streaming on nugs.tv with never before seen footage and remixed audio from Gigaton Producer, Josh Evans.

The virtual ticket for the HD streaming will be 14,99$, for Ten Club members it will be only 9,99$ instead.

Encore: We’re Going To Be Friends (The White Stripes), Nothing As It Seems, Let Me Sleep, Breath, Again Today (Brandi Carlile, w/ Brandi Carlile), State of Love and Trust, Rearviewmirror

The band recently made available for purchase the posters of some of the canceled 2020 American Tour and also the official face masks of the band, the presale is available at this link.

While we wait to watch the first streamed concert from Pearl Jam, we invite you to watch Rebuilding Paradise, a documentary directed by Ron Howard for National Geographic, which features River Cross, a song from Pearl Jam’s new album Gigaton.