The photo gallery of the paintings by Eddie Vedder, Jeff Ament and Mike McCready exhibited at the Transparent Clinch Gallery. 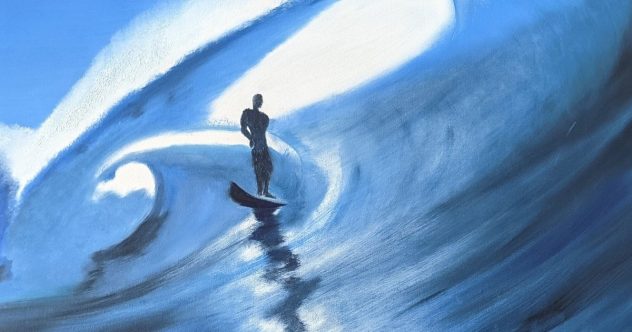 Last Saturday Pearl Jam returned to perform live after an absence from the stages of over three years. It happened at Sea.Hear.Now., the festival created and organized by Danny Clinch, friend photographer and director of the group. During the concert, the group, in addition to playing six songs taken from Gigaton, also welcomed Josh Klinghoffer as the band’s second touring band member.

It’s not all. In the nearby Danny Clinch gallery, the Transparent Clinch Gallery, some paintings by Eddie Vedder, Jeff Ament and Mike McCready have been exhibited. Below you will find a photo gallery of the paintings on display.