Share on EmailShare on FacebookShare on TwitterShare on WhatsAppShare on Telegram
Pearl Jam have cancelled their Tuesday 19 June performance in London. Front man Eddie Vedder confirmed he had lost his voice and that the band would be unable to perform. The band is working on rescheduling the concert date for mid-July.

The band released a statement on their official site stating: “It’s the first time ever having to postpone a show for this reason. Ed and the band are gutted thinking of all the folks who have travelled and made plans. Sending their biggest apologies out to everyone. And huge gratitude for all the continued support. Pearl Jam’s European tour is expected to resume Friday, June 22nd in Milan.” 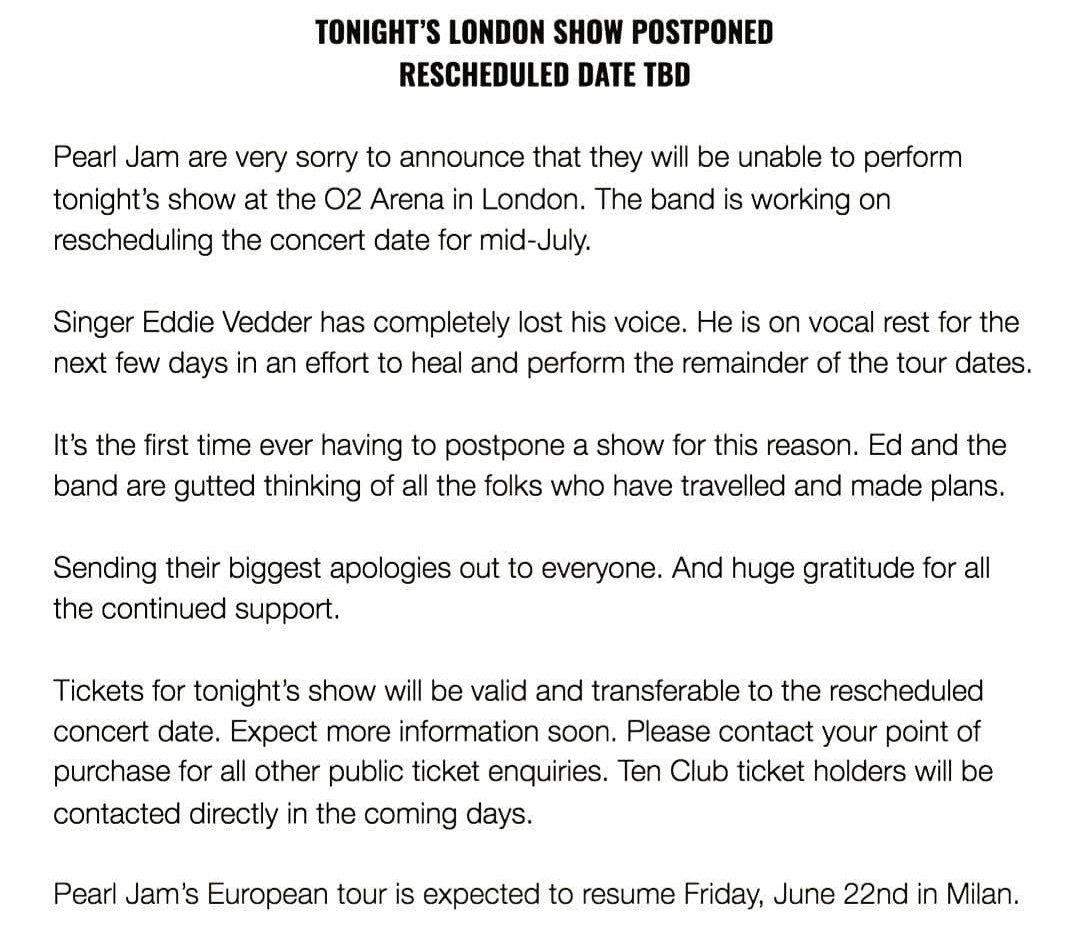 UPDATE (6/25/2018): The rescheduled Pearl Jam show from Tuesday, June 19th at the London O2 Arena, will now take place on Tuesday, July 17th 2018 at the same venue. All tickets from the original date will remain valid for this new date. More info at pearljam.com.