As new bands are announced in the line up of Pearl Jam‘s two upcoming UK concerts, Jeff Ament launches his skateboard collection. 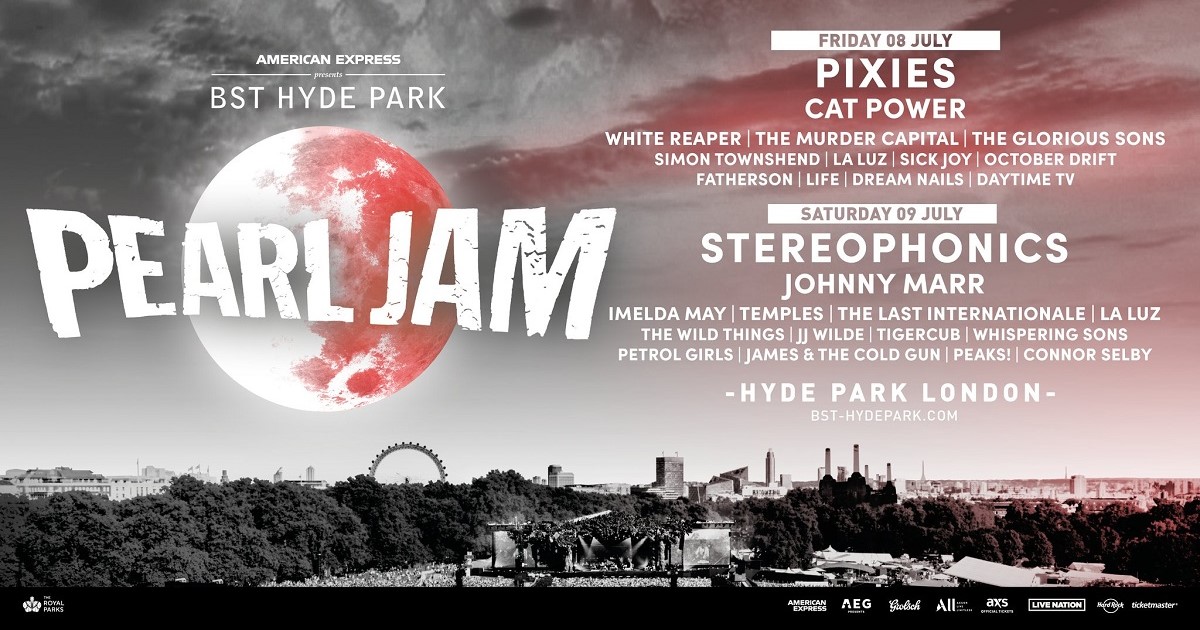 On their upcoming tour, Pearl Jam will play two nights at London’s historic Hyde Park, as part of the BST Hyde Park festival.

In the past few hours, three new names have been added (Johnny Marr, James and The Cold Gun and Tigercub, the last two under contract with Stone Gossard’s Loosegroove Records) to the line up of the two evenings. which includes performances by Pixies, Cat Power, White Reaper, The Murder Capital, Stereophonics, Simon Townshend, La Luz, The Last Internationale and many more. Tickets for Pearl Jam’s UK concerts are still available at bst-hydepark.com.

Meanwhile, Jeff Ament launched a super limited edition of one of his skateboards on tumyeto.com inspired by the paintings the bassist drew for his latest studio record, I Should Be Outside.

Some photos of the skate are available below. All proceeds will be donated to Montana Pool Service, the Pearl Jam bassist’s non-profit organization that builds skateparks in Montana.