Tune in on Thursday 4/23 at 12pm PT for Mike McCready‘s live performance at AWOLNATION Instagram Live. 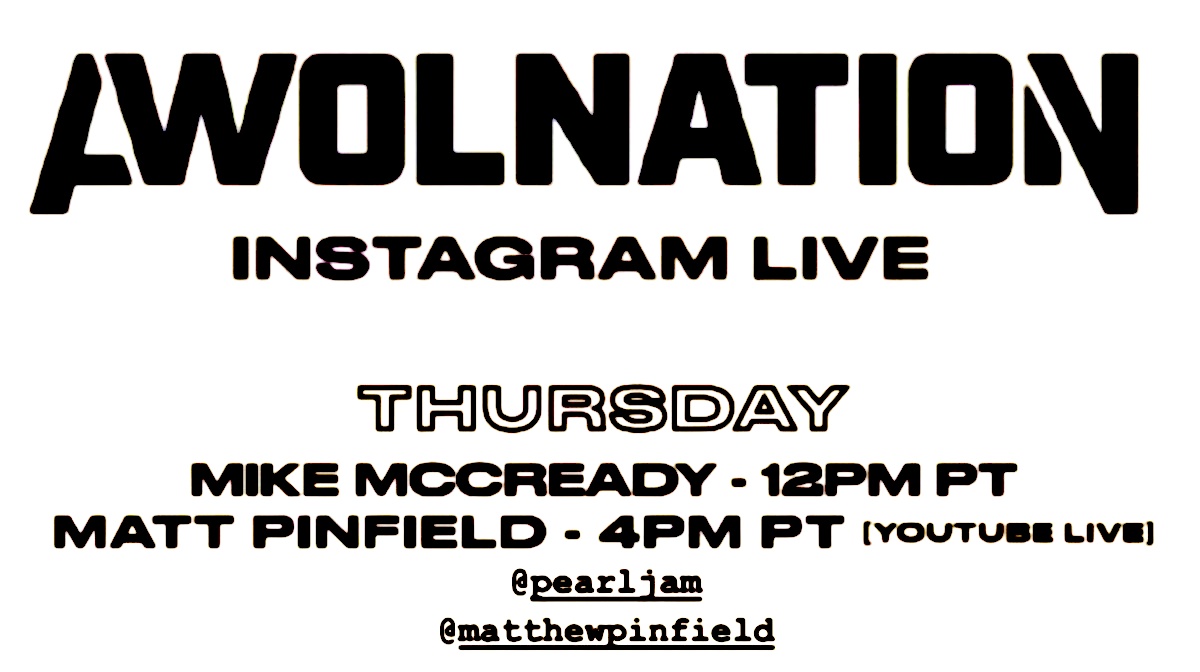 Mike McCready will join AWOLNATION livestream this Thursday. Tune at AWOLNATION’s Instagram on Thursday 4/23 at 12pm PT for watch the performance.

“Unfortunately Mike McCready from Pearl Jam won’t be able to join the livestream with us today. We are working on rescheduling a time for him to come on, stay tuned!”

AWOLNATION is an American rock band, formed and fronted by Aaron Bruno, formerly of Under the Influence of Giants, Home Town Hero, and Insurgence. Their fourth studio album, Angel Miners & the Lightning Riders, is due for release on April 24, 2020.

In the meanwhile, catch an unreleased Pearl Jam‘s video of their soundcheck for the legendary Atlanta 1994 show.