Jeff Ament was recently interviewed by Bill Simmons for his podcast: here’s what he said. 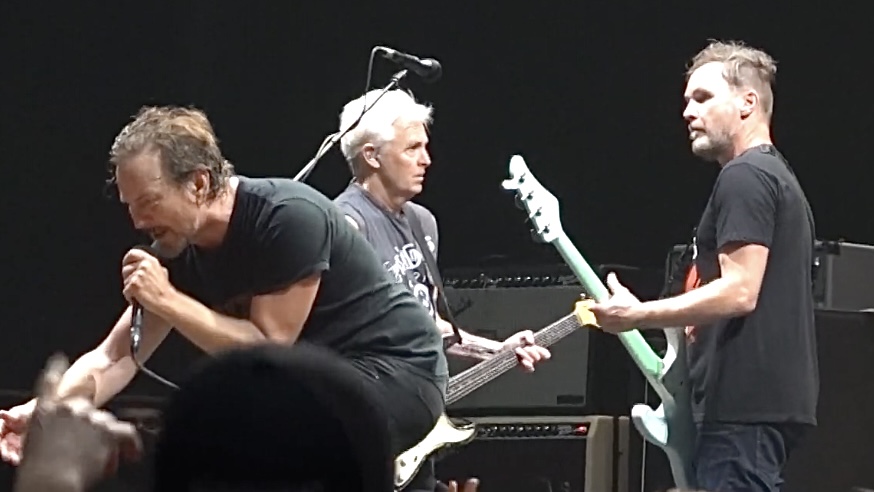 During a recent interview with Bill Simmons, Jeff Ament revealed that he would love to make shorter records with Pearl Jam, with 6 or 7 songs for a total duration of less than 30 minutes, and to release them yearly.

“I think when CDs came out and the price jumped, I remember as an artist, you felt like, you were charging people 12 bucks for this thing, you’ve gotta give them 14 songs,” he said. “You felt guilty. And then it just got out of whack. Most records were 50, 60 minutes long. I feel like now it’s time to go back the other way. Let’s go back and make six and seven-song records, and then the attention deficit thing can handle that part of it. And then maybe you make more records. I would love to do that. I would love to make a record a year or something.”

Also during the interview, Jeff revealed that Pearl Jam have thought several times of releasing double discs, a hypothesis that was then discarded each time in favor of the classic “single album” format, with 12/13 songs, effectively relegating the other songs to future Lost Dogs-style compilation.

The Pearl Jam bassist also talked about the score he wrote and recorded with Pluralone and John Wicks for the Under the Banner of Heaven TV series. He hopes that Pearl Jam would also adopt a direct “all in one room” recording style. Like the three did.

Pearl Jam are currently engaged in the first leg of the American tour.  You can find the setlists, videos and curiosities of these concerts here.