Eddie Vedder was recently interviewed by The New York Times Magazine and, speaking about the ‘80 metal bands, expressed his dislike for Mötley Crüe. Today, Nikki Sixx replied to his comment. 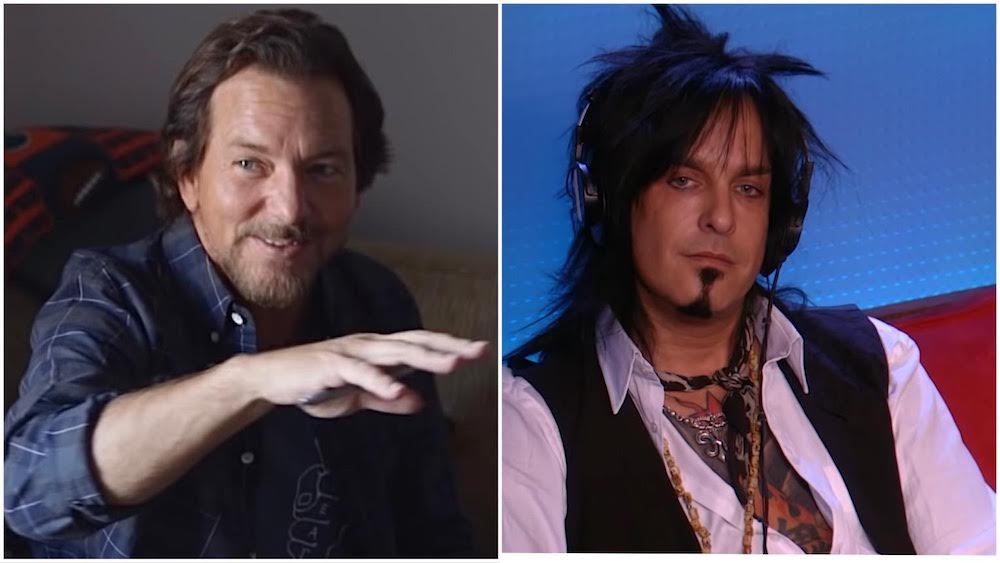 “You know, I used to work in San Diego loading gear at a club. I’d end up being at shows that I wouldn’t have chosen to go to — bands that monopolized late’80s MTV. The metal bands that — I’m trying to be nice — I despised. Girls, Girls, Girls and Mötley Crüe: fuck you!” – Eddie Vedder said. “I hated it. I hated how it made the fellas look. I hated how it made the women look. It felt so vacuous.”

Vedder then added: “Guns N’ Roses came out and, thank God, at least had some teeth. But I’m circling back to say that one thing that I appreciated was that in Seattle and the alternative crowd, the girls could wear their combat boots and sweaters, and their hair looked like Cat Power’s and not Heather Locklear’s — nothing against her. They weren’t selling themselves short. They could have an opinion and be respected. I think that’s a change that lasted. It sounds so trite, but before then it was bustiers. The only person who wore a bustier in the ’90s that I could appreciate was Perry Farrell.”

A few days later, Mötley Crüe bassist and co-founder Nikki Sixx wrote on Twitter: “Made me laugh today reading how much the singer in Pearl Jam hated Mötley Crüe. Now considering that they’re one of the most boring bands in history it’s kind of a compliment isn’t it?”

Made me laugh today reading how much the singer in Pearl Jam hated @MotleyCrue. Now considering that they’re one of the most boring bands in history it’s kind of a compliment isn’t it?#TheStadiumTour #RocknRoll

We ❤️ our bored fans. pic.twitter.com/B1cWuZDww4