This is what Nirvana’s Krist Novoselic reported on his blog: Pearl Jam should be back on tour in the spring of 2023. 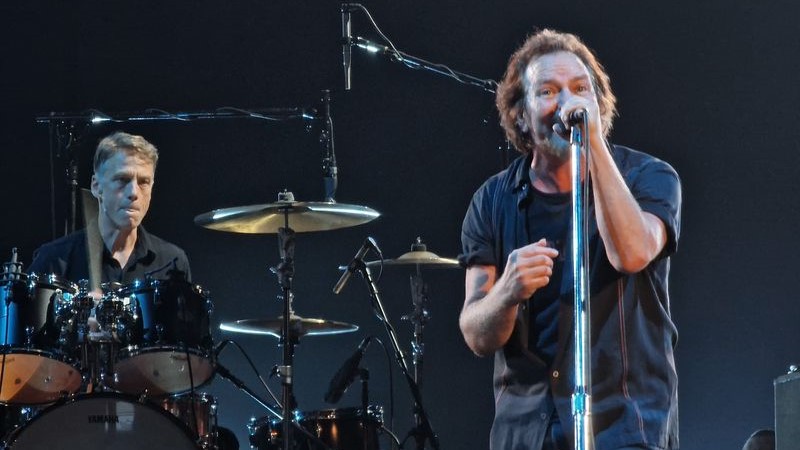 Krist Novoselic, Nirvana’s bassist and now part of 3rd Secret along with Kim Thayil and Matt Cameron, reported on his blog that the Pearl Jam drummer will be able to dedicate himself to the second 3rd Secret album in the upcoming months as the Seattle group won’t go on tour until next spring.

The question is: where will the band play? Rumors report of some summer dates in baseball stadiums and of a possible tour in South America (or, alternatively, in North America), just for next spring.

Currently, the only confirmed concert is Eddie Vedder’s solo concert at the Innings Festival in Arizona in February.

Meanwhile, Jeff Ament, after having recorded the soundtrack of the television series Under the Banner of Heaven with Pluralone and John Wicks, is currently working with the latter on the DEAF CHARLIE debut album.

“Jeff always says our only rule is to have no rules. A kind of mantra” – John Wicks

The band recorded the single Something Real, and released it two years ago, with several young Missoula musicians, and is continuing to write and record songs with these new guys. Although it seems that a new DEAF CHARLIE song could arrive soon on the streaming platforms, there are still no details on the release of their debut album.