Having learnt that my good friend Søren passed this weekend I wanted to share this text of a great man and his love for music. 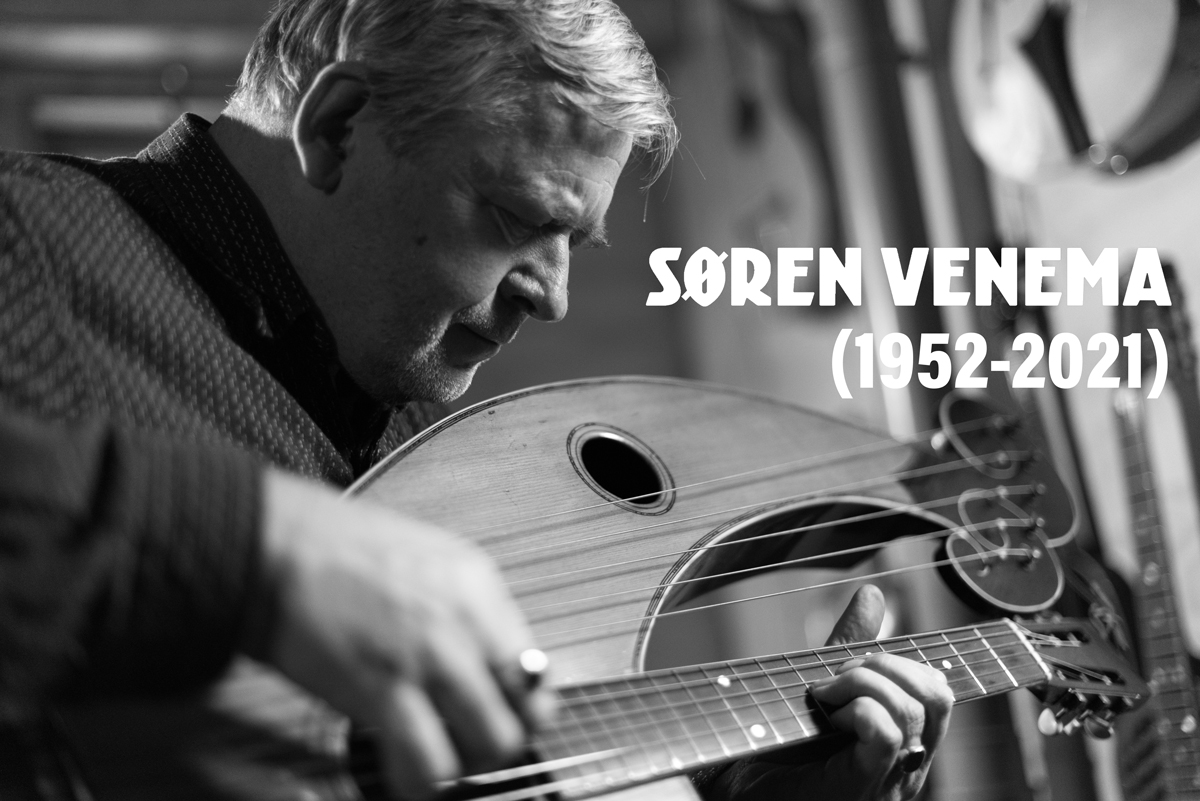 “Just tell him that Eddie sent you” that is how I got to meet Søren in February 2015 after seeing Pearl Jam in Amsterdam the previous summer upon Eddies recommendation of the “Best music shop in the world“. I had lived at that time for just over two years in the city and as I am a photographer I was beginning to make portraits of the cities best inhabitants and I thought that Søren would be the ideal candidate. Unfortunately in late 2014 there had been a flood at the original stall and Søren had relocated his museum of music to his house on the North East of the city.

It was appointment only and at this point I didn’t play any instrument, so I took my chances and cycled over with my camera to his house with the hope that he would let me take his portrait, there began our seven-year friendship.

Inside Søren’s house was the original Aladdin’s cave of musical instruments, he collected items from all over the world with some items that I had never seen before, but he could tell you everything about all of them, often grabbing pieces from the wall and bringing life to them with an array of exotic sounds. He was like the Indiana Jones of the music world and had travelled extensively to find obscure items to bring back to his shop. 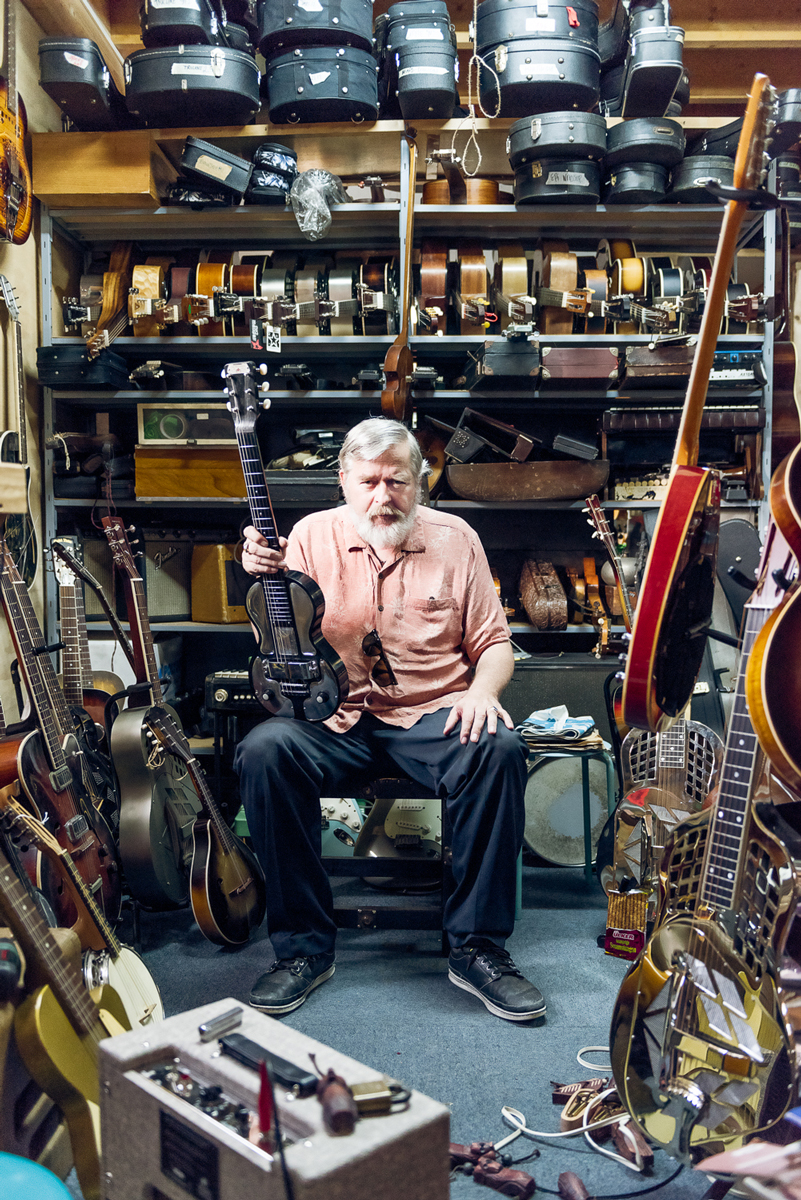 From humble beginnings Palm Guitars had gained a special status in Amsterdam. The wide range of instruments have drawn in musicians from all the around the world to explore it wares, from the world-famous groups to obscure passing bands the myth has spread wide of the passion for music that sat within the store. Each time I would visit his home he would great me with new stories to tell or instruments to show me, with the words ringing true that he would “warm up after while” as he shared his tales of the musical history of our shared city.

Lots of bands come through Amsterdam on their tours and Palm Guitars was world renowned as an essential visit for an unique antique musical store wirh a charismatic owner. Tom Waits, Elvis Costello, Glen Hansard and of course Eddie Vedder were on the client list along with a long list of travelling musicians from gypsies to concert percussion, they all passed over the same threshold. I know that Eddie came several times and until Søren went to his first PJ gig it was then he realised how big of a name he was dealing with. He told me that Eddie kept his purchases to what would be known as the Søren corner in his home studio.

Søren was a kind soul, whose silence spoke volumes. He always had a glint in his eye of the deepest oceans and would love to sit and listen to his beloved Django Reinhardt on the original vinyls or many types of musicians or craftsman would appear at his house to jam away on some very eventful Sunday afternoons with the most wonderful of sounds emanating from the windows of the big wooden museum.

Eddie invited him to every show when he came to town and there were so many during 2014 – 2019. It felt like he was there every summer, afterwards he show me the gifts that had been given to him and share some stories. He would call me crazy for going to so many shows but loved to hear about them. 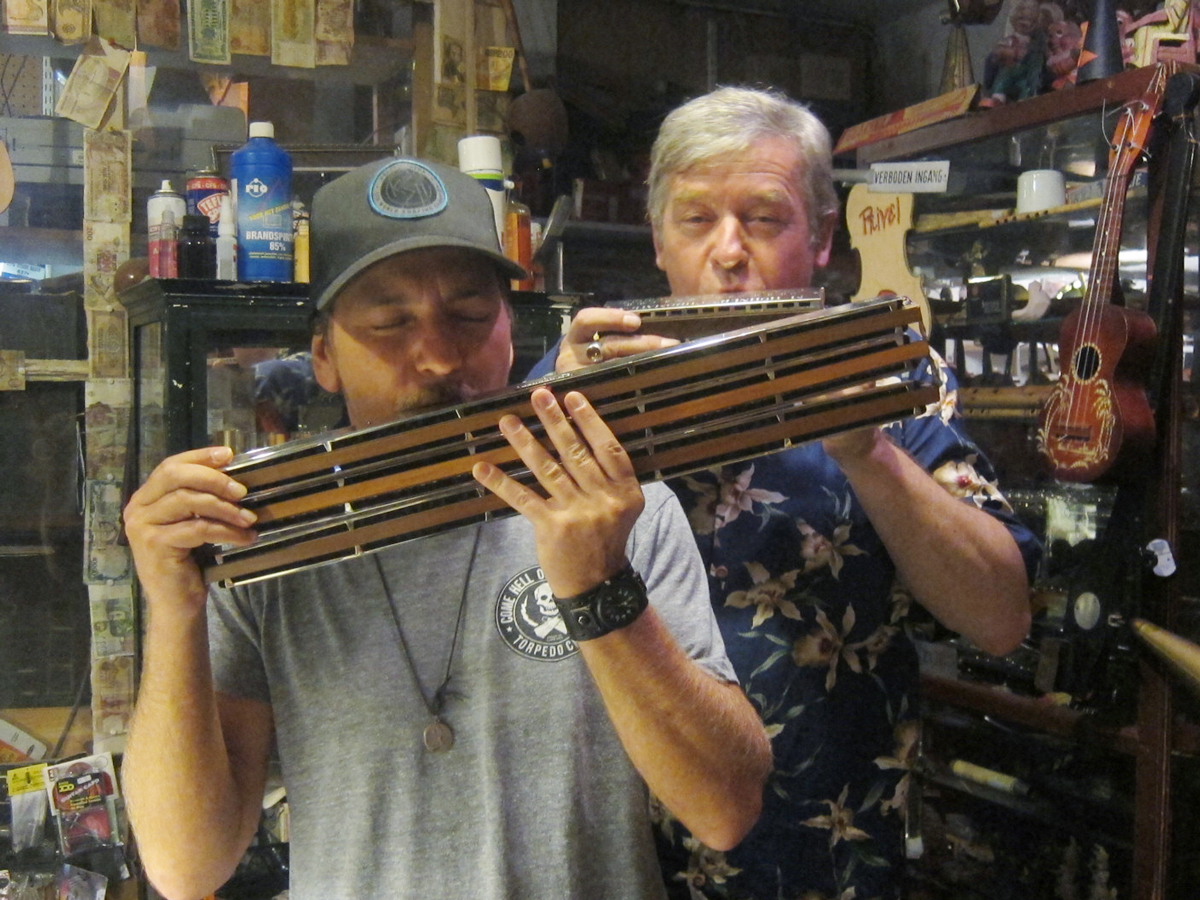 I spoke to him only last week, as I wanted to share a video I had made which I showed my admiration for him as a friend. I had recently left the city yet he would continue to send me chords, or song sheets as I had now learned the guitar that I brought from my first visit. In 2019 I was lucky enough to meet Eddie and requested Light Years in Amsterdam as my own father had passed at that time and the song was the perfect gift. I know that was the last time that he played it solo in Amsterdam June 10 2019. I also know that to the best of my knowledge that would have been the last song of Eddies he would have heard before he passed.

That makes me happy, that I got to say goodbye as we were supposed to meet in April but I grateful of these now poignant lyrics to a very special song.

I am calling, We are all calling”

On to your next adventure my friend. I will miss you. Amsterdam will never be the same with you gone.

As much as you can learn from your history, you have to move forward
- Eddie Vedder