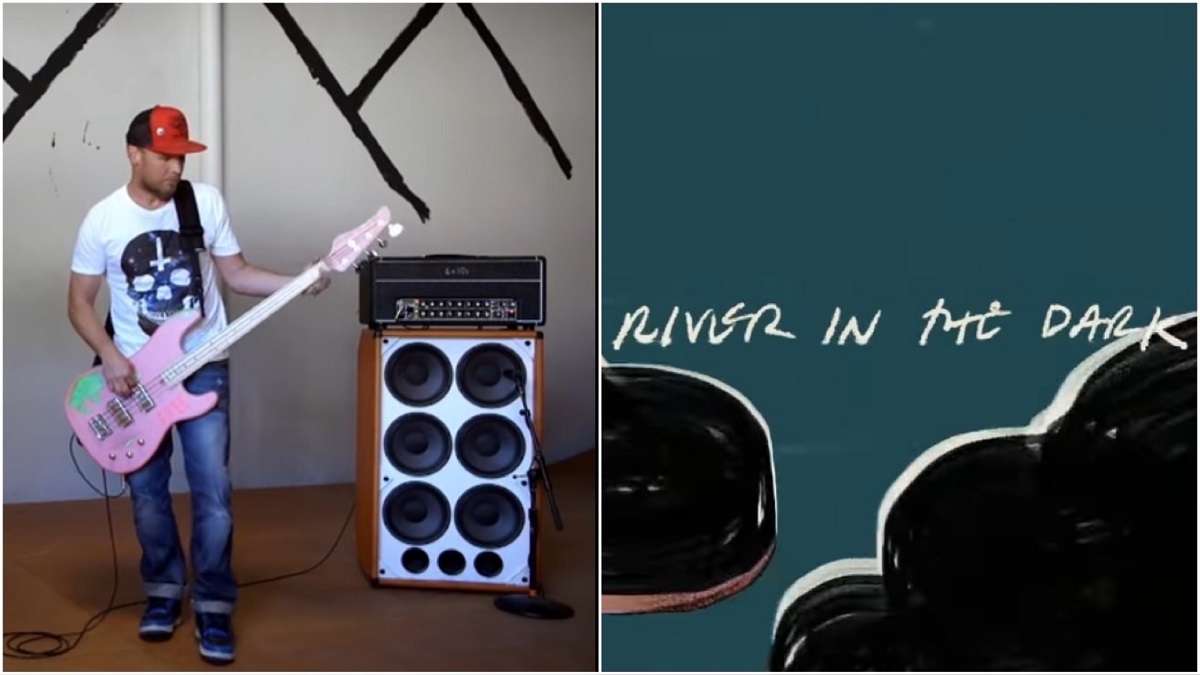 In an appearance on WMMR’s Preston & Steve, Ament said, “I just got the whole record yesterday, so I just heard Brother the Cloud. I heard it once yesterday, which is kind of a heavy number from what I could gather. I didn’t look at the lyrics, but whenever I hear first lyrics from Ed, a lot of times there’s a couple of lines that hit me pretty deep and that was definitely one of them. Well, as a kid when I bought records, it was one of those things where you bought a record once a month. You open the package up, and the first time that you listen to it, you read along with the lyrics. And I think I think to this day, that’s sort of how I prefer to listen to music for the first time, if I can actually just like put my headphones on and just sort of read the lyrics as the song is going by. I’m in a band with one of the great singers/lyricists of our time. So I’m always curious, because he’s always kind of shifting his style, and I’m always curious where he’s headed. So, I don’t have the lyrics; I need to get the lyrics to the new record”.

You can listen the whole interview on 93.3 WMMR.

On February 11, Eddie Vedder’s third solo album, Earthling, will be released on all digital platforms and on CD for Seattle Surf via Republic Records.